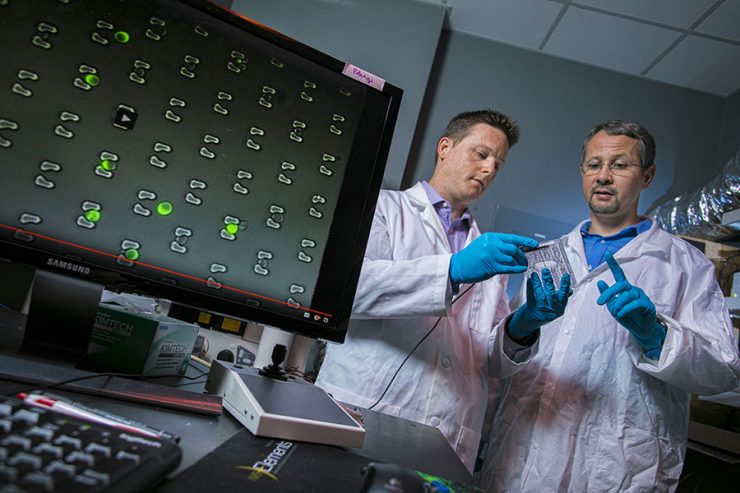 To better understand how genes respond to temperature fluctuations, a team of scientists at the Louis and Beatrice Laufer Center for Physical & Quantitative Biology at Stony Brook University designed a study of yeast cell, using computational methods and matching experiments to predict and explain how heating and cooling affect synthetic genes and gene networks.

Their findings, published in PNAS, could potentially help scientists to better determine how temperature changes affect genes in various cell types, and thus reveal how infectious microbes or human cells respond to fever or heating-cooling. The findings may also help scientists to control genes when seeking answers to diseases caused by or associated with certain genes.

In the natural world, organisms, cells, and therefore genes respond and adjust to temperature changes on a regular basis. But when scientists study genes in the laboratory, the cells containing them are most often kept at a constant temperature, which does not match the real world and minimizes the understanding of cell/gene adjustments to temperatures during the natural living process.

Balázsi said the results and the methodology will also help to predict how future synthetic, human-built genetic systems respond when deployed at non-standard temperatures.

The research is funded by a National Institutes of Health MIRA grant and the Laufer Center.