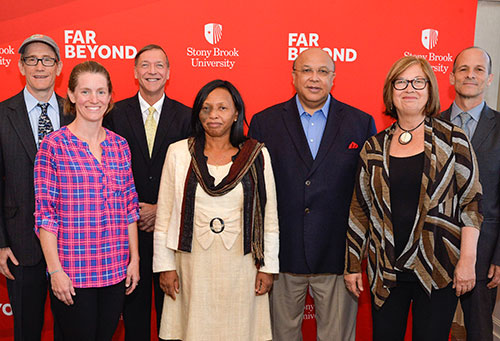 Reflecting the global impact of Stony Brook’s research and public service initiatives, ministers of the government of Madagascar met with University officials May 16 to sign a Memorandum of Understanding extending the relationship between Stony Brook and the East African island nation.

They were joined by Jim and Robin Herrnstein, who launched an ambitious new effort at Stony Brook University designed to bring research-based, healthcare intervention to Madagascar with their transformational gift of $5 million to establish a new Global Health Institute. The Herrnstein’s gift was matched with a $2 million commitment from Stephen and Pamela Hurst-Della Pietra and Vincent Della Pietra and Barbara Amonson and a $3 million gift from the Simons Foundation creating a $10 million philanthropic investment to launch this ambitious initiative.

Building on Patricia Wright’s 25 years of research and training in Madagascar, the university is now expanding to include more disciplines and initiatives as part of its Madagascar outreach.

President Samuel L. Stanley Jr., MD, addressed the University’s commitment to deepening and broadening the engagement between Stony Brook and Madagascar in the coming decade in order to “improve human health and the ecosystems upon which that depends.”

“This is really an example of how we go far beyond in everything we do,” President Stanley said. “What began as a scientific collaboration has transformed into a global effort.”

“It was wonderful to forge these new collaborations and we’ll march forward with an even closer relationship than we’ve had before,” said Dr. Wright.

“The world has problems and universities have solutions,” Peter Small said. “This is an opportunity for us to create deep partnerships at every level to bring Stony Brook’s expertise to Madagascar, and Madagascar’s expertise and learning to Stony Brook.”

The event followed a series of one-on-one meetings between the Minister and Stony Brook’s senior leadership concerning initiatives directed toward reforestation, emergency medicine, oral health, distance learning and the use of drones for ecology and health. 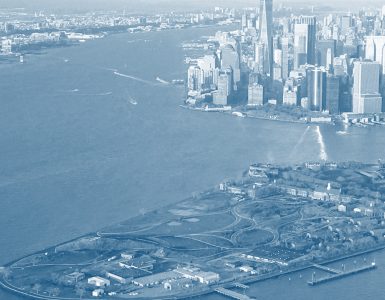 It’s exciting — Stony Brook University is in a global competition to be the anchor institution for the Governors Island Center for Climate Solutions. Please join us in a conversation on December 8 about the...