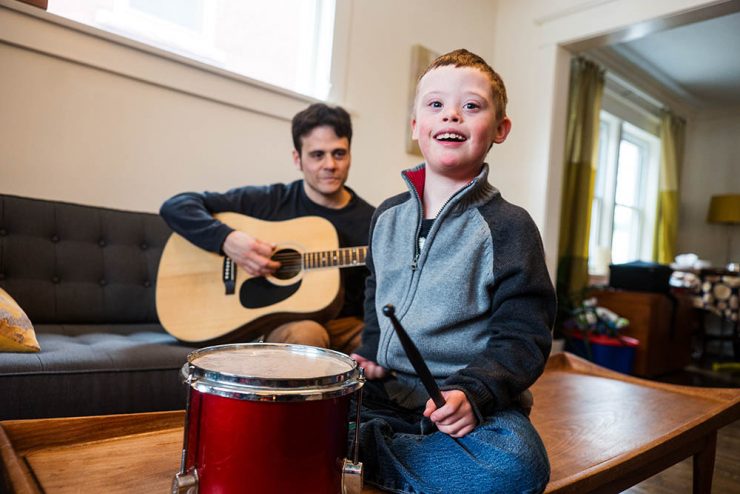 The playwright William Congreve famously observed that “music has charms to sooth a savage breast.” In fact, experts say, music may have much more than charms: There may be an actual scientific connection between music and its effect on the mind.

Vincent deLuise, a distinguished visiting scholar in medical humanities at the Renaissance School of Medicine at Stony Brook University, addressed a Zoom audience in a recent Grand Rounds lecture titled “Music and the Mind: Linking Melody and the Mind.”

“We’ve been mapping the brain for decades,” said deLuise, who is also assistant clinical professor of ophthalmology at Yale University School of Medicine. “We have an extraordinarily deep, profound and broad understanding of what’s going on in our brains. Music usually brings an uplifting nature with it, although music can certainly make us sad or even cry as much as it can make us laugh and be unbelievably joyful. This is your brain on music.”

“It’s amazing that even in the distant past, we see the relationship between music and the mind,” deLuise said. “Song is music, mind, thought and memory. It’s profoundly foundational even at the level of mythology, which precedes Socratic thought, Aristotelian thought and our modern minds that we think are so powerful and logical.”

Delving further into mythology, deLuise also mentioned Apollo, the god of music who was also a healer, offering that “Apollo illustrates the wonderful relationship between healing and music.”

DeLuise said that all known cultures have some type of music in their communities, and virtually all have the pentatonic scale, which features five notes per octave. He described this musical scale as possibly being part of the “musical collective unconscious” and the musical genetic fingerprint of Homo sapiens. Developed independently by many ancient civilizations, the pentatonic scale is a key part of numerous musical genres to this day.

“All cultures have music, all have the octave, and all sing,” said deLuise. “All cultures also have songs that they associate with certain meanings and certain emotions, and all children love to be sung to.

He said that babies preferentially turn their gaze to happy music and away from sad music.

“Tolstoy talks about music being the shorthand of emotion,” deLuise said. “But can we translate emotions, like those elicited by opera, for example, into neuroscience?”

To that end, deLuise discussed a study done by neurologists at the University of Illinois that explored whether music had any effect on those afflicted with epilepsy; specifically, if it had any repercussions on lowering the number of seizures.

“They found that the music of Mozart and Bach was much more effective at reducing epilepsy and epileptiform activity than the music of Liszt, Chopin, Brahms, Stravinsky and 148 compositions from over 50 other composers,” deLuise said.

Years later, he said, two other studies found that Mozart’s piano sonatas were useful as an add-on therapy in children with refractory epilepsy.

“It’s fascinating that we have these other articles talking about the long-term periodicity in music that is similar to some of the slower waves in the brain,” he said.

DeLuise explained that there is a high degree of periodicity in Mozart’s music, meaning that the melodies repeat roughly every 30 seconds, which mimics several of the slower wavelengths in our brain. Because of this, periodicity may also hold an important key in treating patients with Parkinson’s disease, Alzheimer disease, cerebral ischemia and stroke.

“Music therapy is being used to teach patients with Parkinson disease how to walk again by teaching them how to dance,” said deLuise. “It’s used to teach patients with Alzheimer’s disease or post-ischemic stroke how to speak again by teaching them how to sing. Melodic phrasing and rhythmic vocalization and rhythmic movement to music is very powerful and increases communication skills and neuromuscular control. This helps the cerebellum and improves a patient’s gait and balance. So teaching them mute melodic phrasing and dancing can actually help them walk better.”

“Music is one of the last remaining cognitive capacities,” he said, offering the example of his own father, who suffered with Alzheimer’s disease for eight years before passing away.

“During that time he forgot who I was,” said deLuise. “He forgot who my sisters were and he forgot who his wife of 70 years was. But when I brought a Pavarotti CD to play to him in the last days of his life, he would smile and you could see his eyes twinkle as he was mouthing the words. Music was the last thing that he remembered. It was the last part of his identity.”

DeLuise ended the lecture with the story of former Arizona Senator Gabby Giffords, who was shot in the head during a 2012 assassination attempt. The bullet went through the left frontal lobe and out the back of her head, damaging the parts of the brain that control cognitive functions and voluntary movement.

“One month after the shooting, she was in the hospital, settling in for the long haul,” said deLuise. “Rebuilding speech after an injury to the left side of the brain is exhausting and often agonizing work. Before the shooting, she was a dynamic engaging speaker, a Fulbright Scholar fluent in Spanish, and in those early therapy sessions it seemed as though her words had abandoned her.”

Having learned the French horn as a child, Giffords returned to the instrument as part of her music therapy, working hard for months with music therapists, relearning how to speak through melodic intonation therapy. Though she still struggles with speech, she recovered enough to speak at the 2020 Democratic National Convention in August, and also performed “America (My Country, ’Tis of Thee)” on the French horn as a symbol of her recovery.

“Nothing activates the brain so extensively as music,” said deLuise. “Humans are hardwired to be musical. Music activates brain activities that are ancient and foundational. It’s a form of language. Music activates areas in our brains related to emotion. Music is therapeutic. Music feels.” 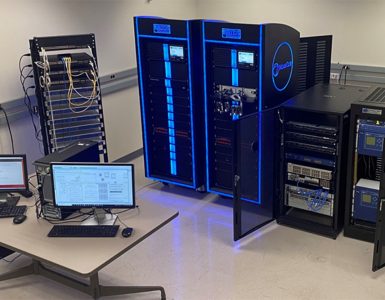