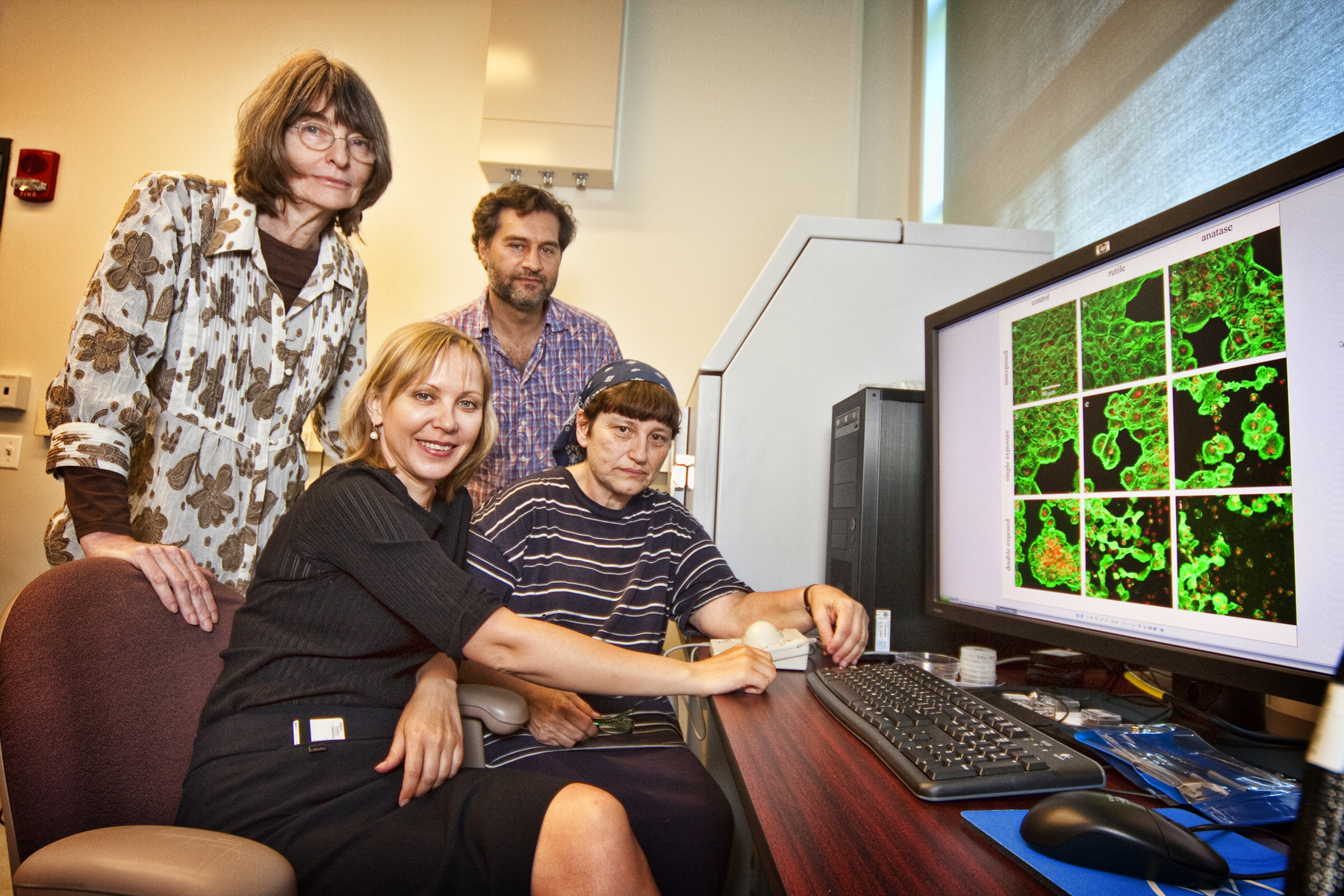 Inspired by a European study, a team of Stony Brook University researchers looked into the potential impact of healthy human skin tissue (in vitro) being exposed to ultraviolet rays emitted from compact fluorescent light (CFL) bulbs. The results, “The Effects of UV Emission from CFL Exposure on Human Dermal Fibroblasts and Keratinocytes in Vitro,” were published in the June issue of the journal of Photochemistry and Photobiology.

The researchers, led by Miriam Rafailovich, professor of materials science and engineering and the director of the Garcia Center for Polymers at Engineered Interfaces at Stony Brook, conducted similar research to a European study on Light Sensitivity. Stony Brook researchers collected CFL bulbs purchased from different locations across Suffolk and Nassau counties, and then measured the amount of UV emissions and the integrity of each bulb’s phosphor coatings. Results revealed significant levels of UVC and UVA, which appeared to originate from cracks in the phosphor coatings, present in all CFL bulbs studied.

At Stony Brook’s Advanced Energy Research and Technology Center (AERTC), the team took the same bulbs and studied the effects of exposure on healthy human skin tissue cells, including: fibroblasts, a type of cell found in connective tissue that produces collagen; and keratinocytes, an epidermal cell that produces keratin, the key structural material in the outer layer of human skin. Tests were repeated with incandescent light bulbs of the same intensity and with the introduction of Titanium Dioxide (TiO2) nanoparticles, which are found in personal care products normally used for UV absorption.

“Our study revealed that the response of healthy skin cells to UV emitted from CFL bulbs is consistent with damage from ultraviolet radiation,” said Rafailovich. “Skin cell damage was further enhanced when low dosages of TiO2 nanoparticles were introduced to the skin cells prior to exposure.” Rafailovich added that incandescent light of the same intensity had no effect on healthy skin cells, with or without the presence of TiO2.

“Despite their large energy savings, consumers should be careful when using compact fluorescent light bulbs,” said Rafailovich. “Our research shows that it is best to avoid using them at close distances and that they are safest when placed behind an additional glass cover.”