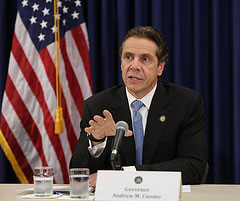 Stony Brook’s School of Marine and Atmospheric Sciences (SoMAS), one of the nation’s top research centers in the area of weather-related disasters and emergencies, will participate in a comprehensive review of New York State’s emergency preparedness and response capabilities commissioned by Governor Andrew M. Cuomo.

Governor Cuomo on Thursday announced the formation of three commissions charged with undertaking the review, as well as
examining how to improve the strength and resilience of the state’s infrastructure to better withstand major weather incidents.

The Governor’s action is in response to recent major storms to hit New York State, including Hurricanes Sandy and Irene, and Tropical Storm Lee, which have revealed major weaknesses in the state’s transportation, energy, communications, and health infrastructures. In addition, the storms have exposed needs in emergency response capabilities at all levels of government and in the preparedness of the energy, health care, transportation, water, fuel, communications and other sectors.

“Over the past two years, New York State has been hit by some of the most destructive storms in our state’s history, causing untold damage and the tragic loss of many lives,” Governor Cuomo said. “Regardless of the cause of these storms, New York State must undertake major reforms to adapt to the reality that storms such as Sandy, Irene, and Lee can hit the state at any time. For this reason, I have charged these three commissions to seriously examine existing systems and present a comprehensive blueprint so we can bring our emergency  preparedness and response capabilities into the 21st century and ensure our infrastructure is built to survive major weather incidents.”

SoMAS will participate in the NYS 2100 Commission, tasked with finding ways to improve the resilience and strength of the state’s infrastructure in the face of natural disasters and other emergencies. The Commission will be co-­chaired by Judith Rodin, President of the Rockefeller Foundation, and Felix G. Rohatyn, former Chairman of the Municipal Assistance Corporation. The Commission’s preliminary recommendations are due January 3, 2013. 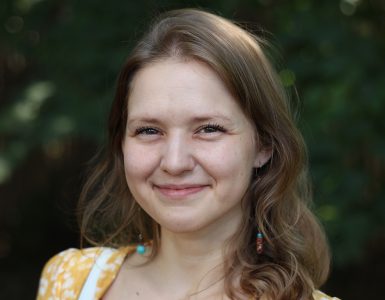 Irina Petrushina is a rising star and role model in accelerator physics research — a critical field for scientific research and societal applications.