Scientists Turn Up the Heat to Create New Nanostructured Metals 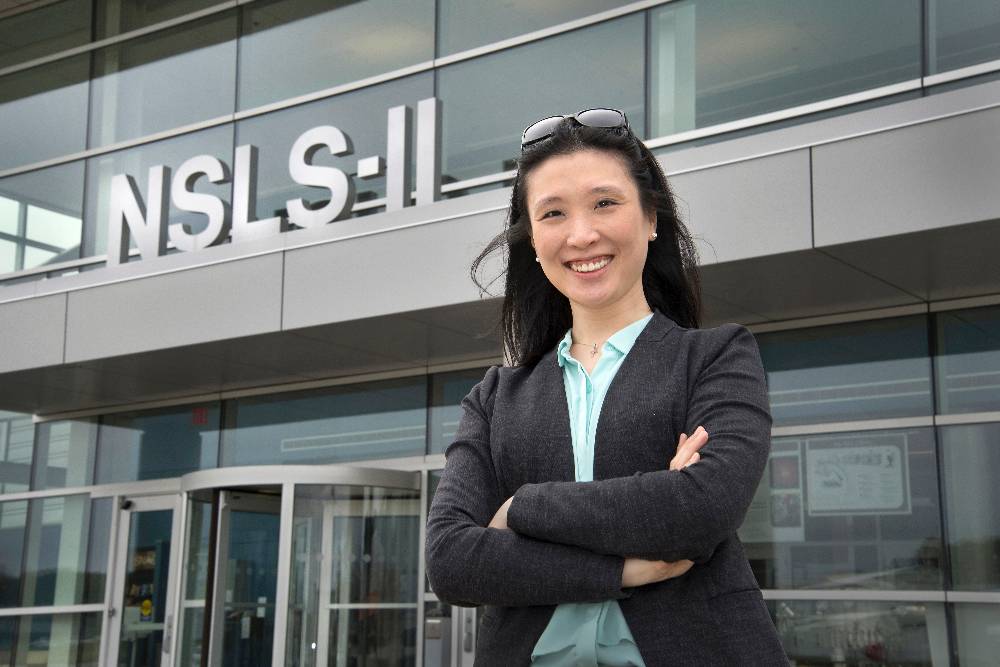 At team of scientists led by Stony Brook’s Karen Chen-Wiegart have developed a new approach for making metal-metal composites and porous metals with a 3-D interconnected “bicontinuous” structure in thin films at size scales ranging from tens of nanometers to microns.

Metallic materials with this sponge-like morphology—characterized by two coexisting phases that form interpenetrating networks continuing over space—could be useful in catalysis, energy generation and storage, and biomedical sensing. Called thin-film solid-state interfacial dealloying (SSID), the approach uses heat to drive a self-organizing process in which metals mix or de-mix to form a new structure. The scientists used multiple electron- and x-ray-based techniques (“multimodal analysis”) to visualize and characterize the formation of the bicontinuous structure.

“Heating gives the metals some energy so that they can interdiffuse and form a self-supported thermodynamically stable structure,” explained Chen-Wiegart, an assistant professor in Stony Brook University’s (SBU) Materials Science and Chemical Engineering Department in the College of Engineering and Applied Sciences, where she leads the Chen-Wiegart Research Group, and a scientist at the National Synchrotron Light Source II (NSLS-II) at Brookhaven National Laboratory.

“SSID has been previously demonstrated in bulk samples (tens of microns and thicker) but results in a size gradient, with a larger structure on one side of the sample and a smaller structure on the other side,” she said. “Here, for the first time, we successfully demonstrated SSID in a fully integrated thin-film processing, resulting in a homogenous size distribution across the sample. This homogeneity is needed to create functional nanostructures.”

Chen-Wiegart is the corresponding author on a paper published online in Materials Horizons that is featured on the Nov. 18 online journal issue cover. The other collaborating institutions are the Center for Functional Nanomaterials (CFN)—another DOE Office of Science User Facility at Brookhaven Lab—and the National Institute of Standards and Technology (NIST).