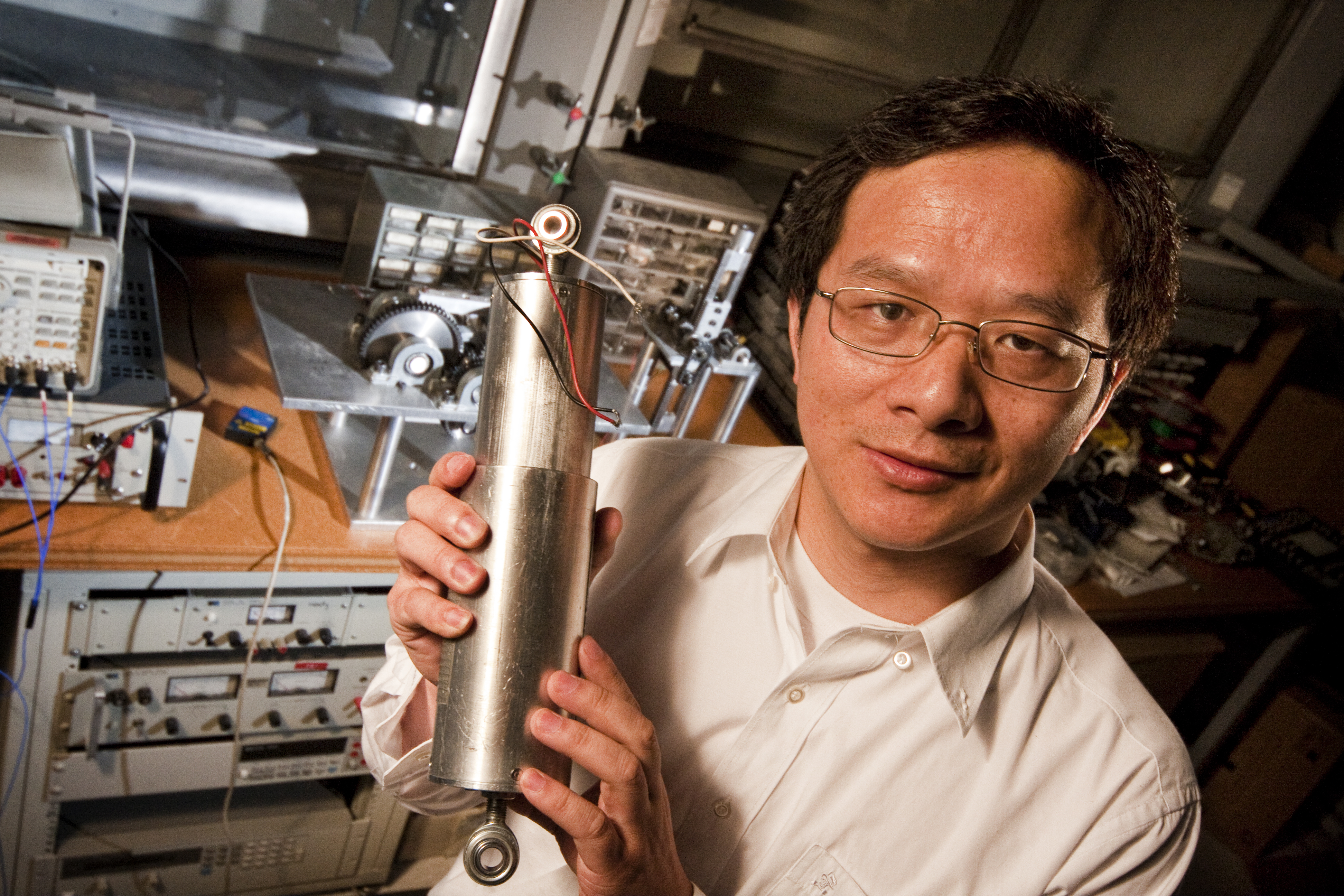 A team headed by Lei Zuo, Assistant Professor in the Department of Mechanical Engineering working through the Advanced Energy Research and Technology Center at Stony Brook University, has won a prestigious R&D 100 Award—dubbed the “Oscar of Invention”—for the development of an energy-harvesting shock absorber that converts vibration, bumps, and motion experienced by the suspension of a vehicle or train into electric power. The regenerative shock absorber for cars can harvest more than 100 watts from the vehicle vibrations under normal driving conditions.

R&D Magazine’s annual R&D 100 Awards recognize the 100 most technologically significant product innovations developed throughout the world and introduced into the marketplace during the previous year. The awards have long been a benchmark of excellence known to industry, government, and academia as proof that the product is one of the most groundbreaking of the year.

“This is a very novel idea and concept, and is an extraordinary example of the many innovative and entrepreneurial ideas that are being developed in the Advanced Energy Research and Technology Center and the College of Engineering and Applied Sciences at Stony Brook,” said Samuel L. Stanley Jr., M.D., President of Stony Brook University. “The R&D 100 Award is a remarkable and well-deserved distinction for Dr. Zuo and his entire team.”

Zuo’s electricity-harvesting shock absorber continuously harvests vibration energy—from hundreds to thousands of watts—from the vehicle’s suspension vibration that is currently being dissipated into heat waste by the conventional oil shock absorbers. The harvested energy is used to charge the battery and power vehicle electronics and thus reduce the load of the alternator and the engine, improving the fuel efficiency of the vehicle by two to eight percent. The energy harvesting also provides further opportunity to enhance the ride comfort and road safety by adjusting the suspension damping or implementing self-powered vibration control.

“The electricity-harvesting shock absorber is made to be retrofittable to most of the current vehicles and can replace the traditional shock absorber without modification of the vehicle suspension structure,” explains Zuo. “The product can typically recover 100 to 400 watts of vibration energy from a passenger car when it’s driving at 60 mph and up to several kilowatts from trucks, rail cars, and off-road vehicles.”

“If just five percent of the 256 million registered vehicles in this country adopt this technology, we will create a market of more than six billion dollars,” said Zuo. “The total energy we can recover per year from the suspensions is more than the amount produced by the Niagara Falls Power Plant.”

Since 1963, the R&D 100 Awards have identified revolutionary technologies newly introduced to the market. Many of these have become household names, helping to shape everyday life for many Americans, including the automated teller machine (1973), lab on a chip (1996), and HDTV (1998).