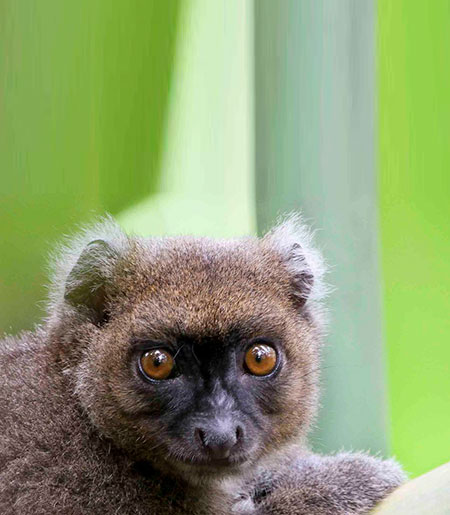 By combining genetic and anatomical data of extinct and living lemurs, a Stony Brook University team of evolutionary biologists has developed the most complete evolutionary tree of lemurs yet.

Their findings could contribute to efforts to preserve endangered species. With extinct and living lemurs in a single evolutionary tree, scientists can better understand the evolution of these primates and what their future may be on earth. Their findings are published in the journal Systematic Biology.

Indigenous to Madagascar, lemurs form a unique branch of the primate family tree. Evolutionary biologists have grappled with one important obstacle to understanding where lemurs came from and how they evolved – there are no ancient fossil lemurs. This void makes it difficult to track stages of evolution often observed in ancient fossil forms.

However, there are remains of lemurs extinct about two thousand years ago. Those lemurs were radically different from the ones alive today. Many of the extinct lemurs were giants, with some weighing as much as gorillas. Placing them in the tree with living species has been difficult because their unique features drastically differ from those of lemurs that did not go extinct.

For their Systematic Biology paper, titled “Phylogeny and divergence times of lemurs inferred with recent and ancient fossils in the tree,” the researchers collected new morphological data on the living and extinct lemurs of Madagascar. The data collection and analysis were completed at Stony Brook University.