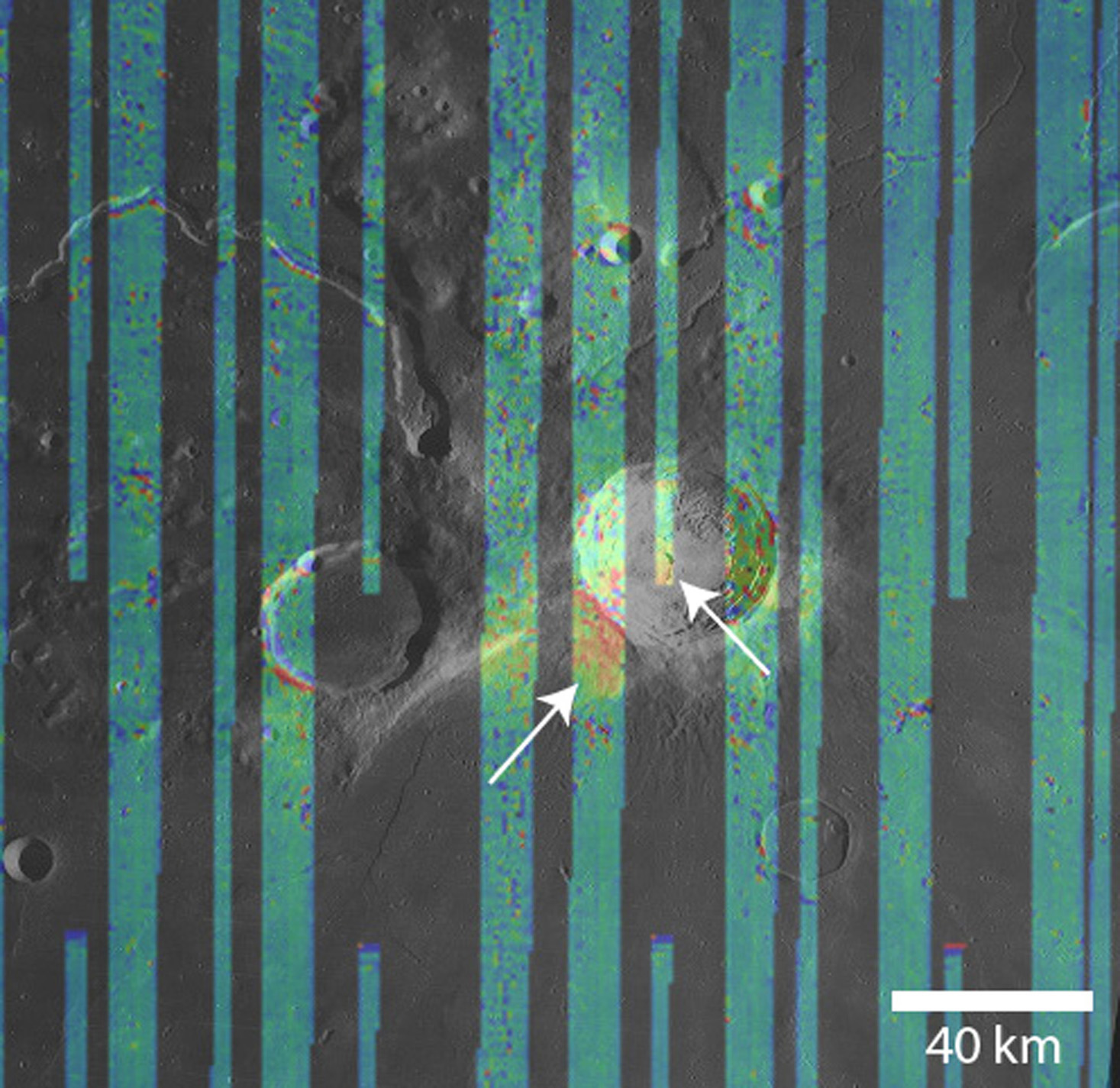 Using data from the Diviner Lunar Radiometer, an instrument uniquely capable of identifying common lunar silicate minerals, scientists at Stony Brook and NASA’s Jet Propulsion Laboratory have found previously unseen compositional differences in the crustal highlands of the Moon, and have confirmed the presence of anomalously silica-rich material in five distinct regions.

“In layman’s terms, we have discovered a new and fundamentally different type of rock on the Moon,” said Timothy Glotch, assistant professor in Stony Brook’s Department of Geosciences and lead author of one of two papers on the research in Science. “For decades, we’ve recognized that these spots in the crustal highlands of the Moon are different. Now we have the evidence. The Moon is more geologically complex than previously thought, and we now have to refine our ideas about its formation.”

Every mineral, and therefore every rock, absorbs and emits energy with a unique spectral signature that can be measured to reveal its identity. For the first time, the Diviner Lunar Radiometer is providing scientists with global, high-resolution infrared maps of the Moon, which are enabling them to make a definitive identification of silicates commonly found within its crust.

“Diviner is literally viewing the Moon in a whole new light,” said Benjamin Greenhagen from NASA’s Jet Propulsion Laboratory, lead author of the other paper.

Lunar geology can be roughly broken down into two categories: the anorthositic highlands, rich in calcium and aluminum, and the basaltic maria, which are abundant in iron and magnesium. Both of these crustal rocks are what’s deemed by geologists as “primitive;” that is, they are the direct result of crystallization from lunar mantle material.

Diviner’s observations have confirmed that most lunar terrains have spectral signatures consistent with compositions that fall into these two broad categories. However, they have also revealed that the lunar highlands may be less homogenous than previously thought.

In a wide range of terrains, Diviner revealed the presence of lunar soils with compositions more sodium rich than that of the typical anorthosite crust. The widespread nature of these soils reveals that there may have been variations in the chemistry and cooling rate of the magma ocean that formed the early lunar crust, or they could be the result of secondary processing of the early lunar crust.

Most impressively, in several locations around the Moon, Diviner has detected the presence of highly silicic minerals such as quartz, potassium-rich, and sodium-rich feldspar—minerals that are only ever found in association with highly evolved lithologies (rocks that have undergone extensive magmatic processing).

The detection of silicic minerals at these locations is a significant finding for scientists, as they occur in areas previously shown to exhibit anomalously high abundances of the element thorium, another proxy for highly evolved lithologies.

“The silicic features we’ve found on the Moon are fundamentally different from the more typical basaltic mare and anorthositic highlands,” said Glotch. “The fact that we see this composition in multiple geologic settings suggests that there may have been multiple processes producing these rocks.”

Some of the silicic features, such as the Gruithiusen Domes, possess steep slopes and rough surfaces suggesting that they may be lava domes created by the slow extrusion of viscous lava on the lunar surface (similar to the dome that formed on Mt. St. Helens after its eruption).

In other regions, such as Aristarchus, the silicic spectral signatures are confined to impact craters and their ejecta blankets. This suggests that excavation of the subsurface caused by these impacts has exposed portions of plutons, which are magmas bodies that solidified underground before reaching the surface.

So how did such highly silicic lithology form on a Moon that is dominated by calcium-rich anorthosite highlands, and iron and magnesium-rich basaltic maria?
Most of the locations occur in the Procellarum KREEP Terrane (PKT), an area on the lunar nearside known for its extensive basaltic volcanism. This has led scientists to believe that the silica-rich material present in this region is a result of hot basaltic magma intruding into and re-melting the lunar crust.

One thing not apparent in the data is evidence for pristine lunar mantle material, which previous studies have suggested may be exposed at some places on the lunar surface. Such material, rich in iron and magnesium, would be readily detected by Diviner.

However, even in the South Pole Aitken Basin (SPA), the largest, oldest, and deepest impact crater on the Moon—deep enough to have penetrated through the crust and into the mantle—there is no evidence of mantle material.

The implications of this are as yet unknown. Perhaps there are no such exposures of mantle material, or maybe they occur in areas too small for Diviner to detect. However, it’s likely that if the impact that formed this crater did excavate any mantle material, it has since been mixed with crustal material from later impacts inside and outside SPA.

“The new Diviner data will help in selecting the appropriate landing sites for future missions to return samples from SPA,” said Greenhagen. “We want to use these samples to date the SPA-forming impact and potentially study the lunar mantle, so it’s important to use Diviner data to identify areas with minimal mixing.”

The Diviner Lunar Radiometer will continue to provide detailed infrared and solar reflectance maps of the Moon for the remainder of the LRO mission.