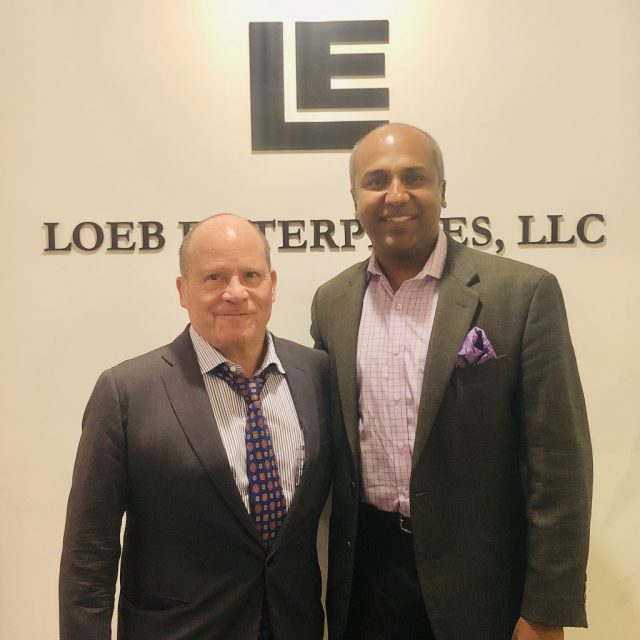 At the SBU School of Journalism, Sreenivasan, a former Columbia Journalism School professor for 20 years, will engage students and faculty in the practice and power of journalism by harnessing digital innovations and research to enhance news content, delivery and audience engagement. He joined the Journalism School on September 1.

“On behalf of the Journalism faculty and staff, I could not be more delighted to have such a consummate professional join us as we reshape the School’s curriculum to match a more demanding time for journalism and the students who will be part of its future, said Lindenfeld. Sree’s experience, creative approach and dedication to integrating high-quality journalism to the digital space is vital in today’s news ecosystem. He will honor the legacy of Marshall R. Loeb in the way that his son and daughter intended upon funding this professorship.”

“I’m honored to be a visiting professor at the Stony Brook School of Journalism and work with the students, faculty and staff,” said Sree Sreenivasan. “The fact that the professorship is named for the legendary Marshall Loeb, whom I admired and had the opportunity to work with, is a special honor. I am grateful to Michael and Margaret Loeb for honoring their father’s legacy in this way.”

Called “one of the most influential magazine editors in the industry,” by the New York Times, Loeb started his career as a sports reporter at15, then went on to interview many of the most influential figures of his day, including Nelson Mandela, Mikhail Gorbachev, Margaret Thatcher and several sitting U.S. presidents. He led Time magazine’s coverage of Watergate and created its “Woman of the Year” cover among many other firsts.

After successfully growing Money and Fortune magazines, in retirement Loeb became an editor of the Columbia Journalism Review, a commentator for CBS Radio Network, and wrote several books on personal finance.

Loeb passed away in December 2017.

“My father is well known for his contribution to personal finance and journalism, but he was also the champion of society’s under-served: women, the economically disadvantaged, and first-generation Americans. Stony Brook well serves these groups and he would be proud to help them now, just as he did during his remarkable life,” Michael Loeb said.

Sree Sreenivasan is a pioneering digital-media educator, who has worked in the media, higher education, nonprofit and government sectors. In addition to his new visiting role at Stony Brook, he will continue his social and digital consulting work.

Sree was a fixture on local TV news as a freelance tech reporter, for the NYC affiliates of ABC, NBC, CBS, successively, and has contributed more than 40 articles to the New York Times, the latest a 2017 guide to social media. He is a contributor to CNBC, talking tech on “Squawk Alley.”

He taught a course on entrepreneurship at Columbia for four years with tech investor Ken Lerer, co-founder of Huffington Post and chairman of Buzzfeed.

Every Sunday at 8:30 am ET for four years now, he’s hosted the #NYTReadalong, discussing the print New York Times on Facebook Live. He often has guests from various fields, including occasional NYT reporters and editors. You can find the archives at http://fb.com/sreenet

He lives in Manhattan with his wife, Roopa Unnikrishnan, a corporate strategist, author and Rhodes Scholar, and their teenage twins. 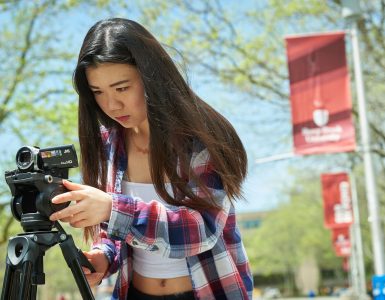 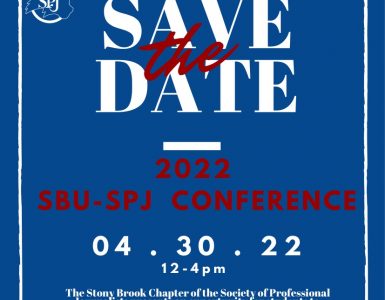 The Stony Brook student chapter of the Society of Professional Journalists will host a conference for students from noon to 4 pm Saturday, April 30, in Ballroom A of the Student Activities Center. Register Here. The... 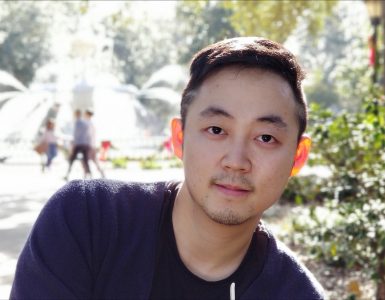