SBU News > On Campus > World Premiere of “9/11: An American Requiem”
On Campus

World Premiere of “9/11: An American Requiem” 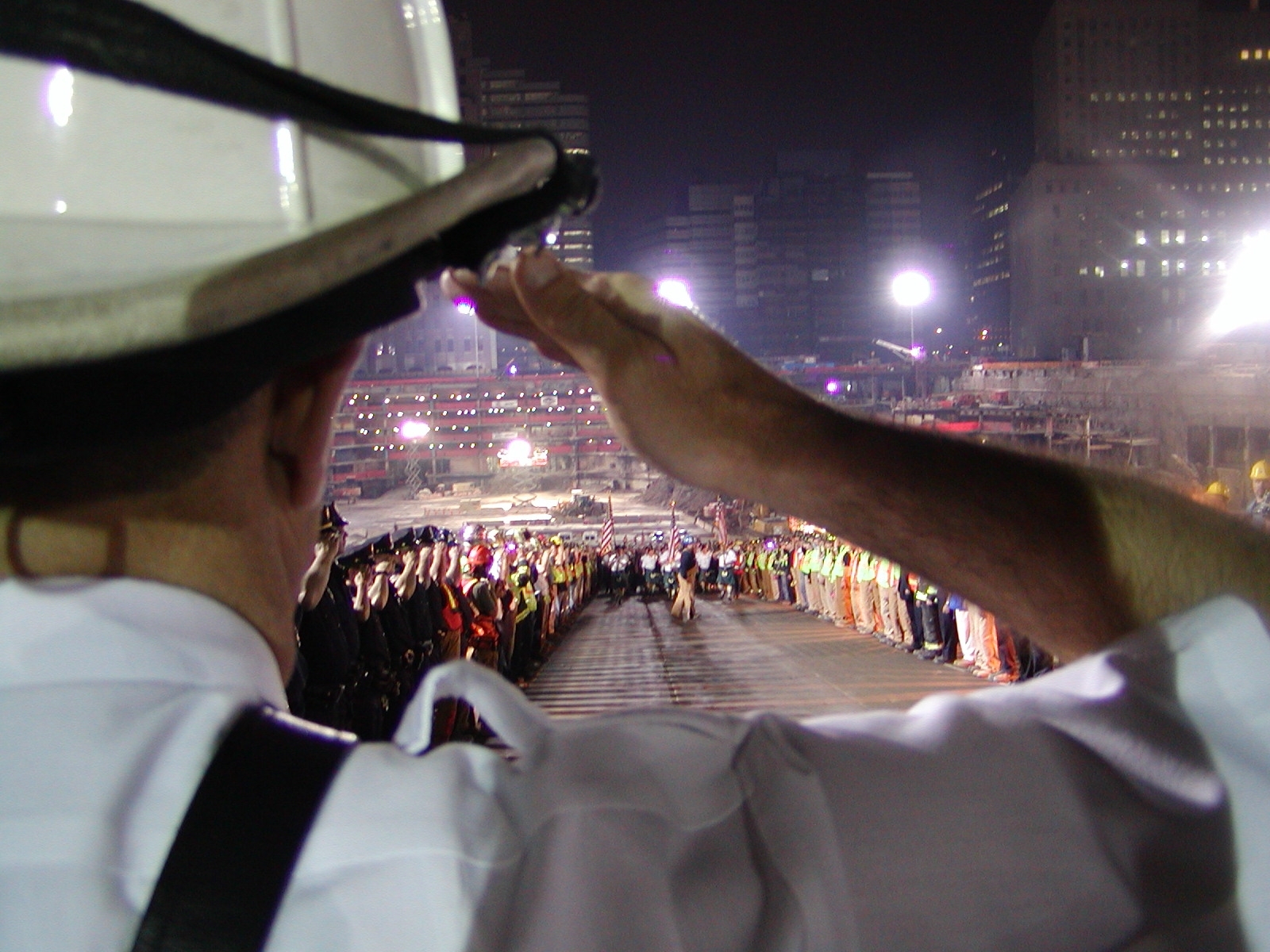 9/11: An American Requiem, a film featuring first responders to the 9/11 terrorist attacks telling their own gripping, moving, and heartbreaking stories, made its world premiere at the Stony Brook Film Festival on July 24 at the Staller Center.

The film is part of Remembering 9/11, an oral history project conceived by its Executive Producer, Benjamin J. Luft, Edmund D. Pellegrino Professor of Medicine at Stony Brook University School of Medicine, and Medical Director, WTC Medical Monitoring and Treatment Program (WTCMMTP) at Stony Brook. The WTCMMTP is a federally funded program largely supported by the National Institute for Occupational Safety and Health, an arm of the Centers for Disease Control. The Stony Brook WTCMMTP has cared for 6,000 men and women, all 9/11 first responders, including police officers, firefighters, paramedics, and construction workers.

“The people who responded went on extraordinary journeys that are recalled in this film with great humility,” said Luft. “They speak to restoration of hope and meaning through a strong sense of community and country, duty and responsibility, brotherhood and tolerance, oftentimes with spirituality and religion. While some think with nostalgia of the ‘Greatest Generation’ of Americans from the past century, in reality, one needs look no further than these September 11 responders to find another Great Generation, right here in our midst.”

After hearing many stories from his WTCMMTP patients, Luft came to believe that the experiences they recounted are part of our nation’s history and must, therefore, be preserved. He set out to do this by recording their personal stories as an oral history. Luft is consulting with the Library of Congress on the Remembering 9/11 oral history project. After completion of the project, the American Folklife Center at the Library of Congress will act as a repository for the interviews and other documentation created by the project.

A major outgrowth of the oral history project is the development of 9/11: An American Requiem. The individual stories told by some of the responders and their family members were recorded and woven together into a 105-minute film.

To be released as a companion piece the movie is We’re Not Leaving, 9/11 Responders Tell Their Stories of Courage, Sacrifice, and Renewal, a book written by Luft. He recounts the stirring stories of more than 30 first responders and professionals assisting responders in a series of book sections titled “Caught in the Collapse,” “Looking for Survivors,” “Recovery, Recovery, Recovery,” “The Responders Need Help,” and “Renewal.”

The movie and book are also part of a larger Stony Brook project that includes the development of educational materials, particularly the creation of a curriculum within Stony Brook University School of Medicine. The School of Medicine curriculum is designed to help inspire and train aspiring physicians on medical and psychological issues that surface during a disaster and aftermath, and how to care for victims in that process.

Stony Brook’s WTCMMTP consists of clinics in Suffolk and Nassau counties on Long Island, and King’s County of Brooklyn. The clinics provide medical monitoring and treatment for all covered WTC-related conditions. More than 20 physical and medical conditions have been identified as related to work at ground zero. Additional programs are located throughout New York and New Jersey.

For more information about the consortium and program, see The World Trade Center Medical and Monitoring Treatment Program.

For Newsday‘s Review of Film