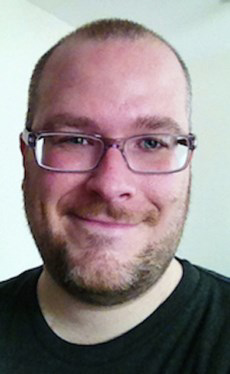 The Center for the Study of Men and Masculinities at Stony Brook University is hosting a seminar series that starts at Stony Brook Manhattan on November 18, featuring writers Richard Jeffrey Newman and Tim Fredrick.The second lecture will be held on Monday, November 21, with José Armengol, Fulbright Visiting Scholar.

November 21: Aging Masculinities in US Culture and Literature
10 am, Social and Behavioral Sciences N403
Register: José Armengol
This lecture will focus on the intersections between masculinity and aging studies. After an overview of the parallel histories of the two fields, as well as their theoretical and disciplinary interconnections, the presentation will provide US cultural and literary examples to illustrate how aging studies can shed a new light on cultural representations of American masculinity, and how the study of literary masculinities can help expand and innovate the field of aging studies in new and profound ways.

Armengol is an associate professor of American literature and gender studies at the University of Castilla-La Mancha, Spain. His latest research focuses on the intersections between masculinities and aging, particularly cultural representations of aging men in U.S. literature and cinema.

Armengol obtained his PhD in English with Honors from the University of Barcelona. He has published on literary representations of masculinity in prestigious academic journals such as Signs, Men and Masculinities, the Hemingway Review, and Journal of Gender Studies, among others. Armengol’s latest books include Debating Masculinity (Men’s Studies Press, 2009), Richard Ford and the Fiction of Masculinities (winner of the 2010 literary scholarship prize from AEDEAN-Spanish Association for Anglo-American Studies), Men in Color (2011), Queering Iberia (2012), Embodying Masculinities (2013), Alternative Masculinities for a Changing World (Palgrave Macmillan, 2014), and Masculinities in Black and White (Palgrave Macmillan, 2014; winner of the 2015 research award for best monograph from SAAS-Spanish Association for American Studies). He is an editor of the academic journal Men and Masculinities (Sage Publications) and the “Masculinity Studies” series at Peter Lang.

One difference between literary expression and activism is that activism employs propaganda, in the broadest, non-pejorative sense of the word. Successful works of literature, on the other hand, are the opposite of propaganda by definition. Propaganda divides the world cleanly into right and wrong, drawing an absolute line between the position you are being asked to hold and the one you are being asked to oppose, while literary expression explores what it feels like to inhabit a position, with all its inherent conflicts and contradictions. These two writers — one a poet, the other a fiction writer — explore, in very different ways, what it’s like to inhabit the position we call “man.” Their reading will be followed by a Q&A.

As a poet and essayist, Newman’s work explores the impact of feminism on his life as a man. As a co-translator of classical Persian poetry, he writes about the impact of that canon on contemporary life. His books include For My Son, A Kind of Prayer (Ghostbird Press 2016), The Silence of Men (Cavankerry Press 2006), and the

translation The Teller of Tales: Stories from Ferdowsi’s Shahameh (Junction Press 2011). He curates the First Tuesdays reading series in Elmhurst, New York. His poems have appeared in a wide range of journals, and his essays have been published in, among other places, Salon.com, The Scavenger and The Good Men Project. Newman is a professor of English at Nassau Community College.

Fredrick is a short story writer and author of the collection We Regret to Inform You. His writing has appeared or is forthcoming in Burningword, Pif Magazine, Wilde Magazine, Hamilton Stone Review, Circa, and Em Dash Literary Magazine. He is also the founding editor of Newtown Literary, a journal dedicated to publishing the work of writers from and living in Queens, New York.