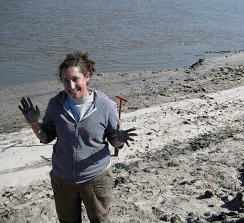 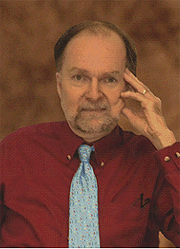 Friday, September 17
The Oil Spill, the Mississippi, and the Challenges of the Gulf

The 2010 Gulf oil spill has called attention to the ecological challenges facing the northern Gulf of Mexico. James Ammerman, New York Sea Grant‘s Director, shares some of his past experience as a microbial ecologist interested in nutrient cycling and its contribution to the Gulf’s “Dead Zone.” From his faculty posts at Texas A&M and then at Rutgers, Ammerman led numerous cruises into the Northern Gulf from 2000 to 2004. At Rutgers, he also created and taught courses on the challenges of the Gulf, post-Katrina.

Monday, September 20
On the Ground (and in the Water) with LSU’s Oil Spill Response and Recovery Task Force

Since June, Caitlin Reilly has coordinated the Louisiana State University Agricultural Center‘s Oil Spill Extension Response and Recovery Task Force as a Louisiana Sea Grant Extension Associate. Reilly will share some valuable lessons learned from her experiences with the aftermath of the Deepwater Horizon oil spill and with on-the-ground issues of coastal land loss. Reilly, a native New Yorker and graduate of Manhattan College, also manages a Wetland Plant Center in New Orleans. She will lead Sea Grant staff in a habitat restoration planting effort in New Orleans’ City Park in mid-October.

This lecture is sponsored by New York Sea Grant Communications. It will be held on Monday, September 20, at 12:00 pm in Endeavour Hall, Room 120.