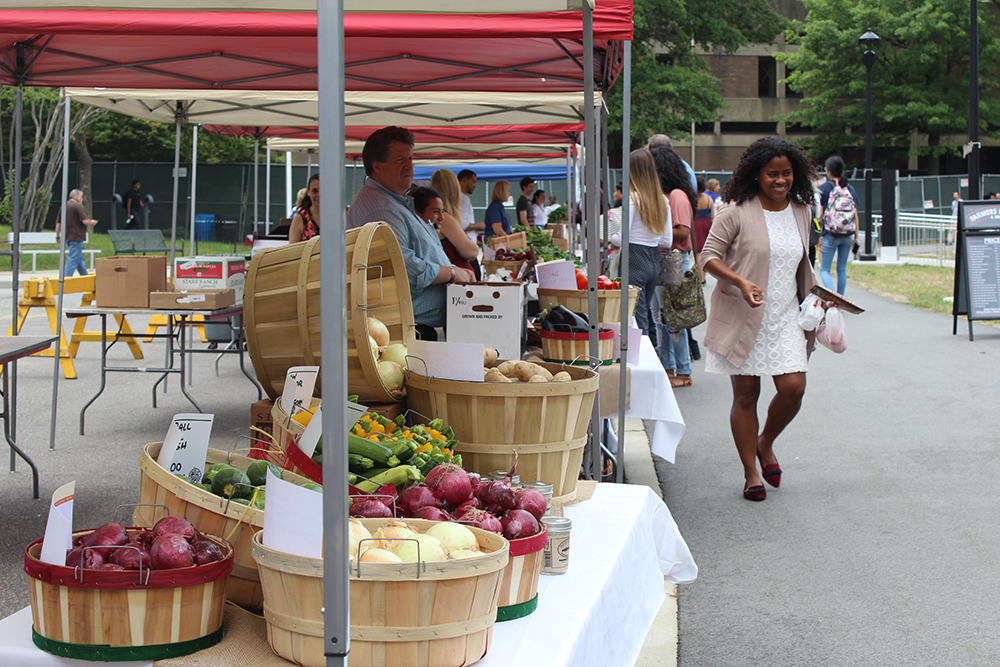 Join Stony Brook this Wednesday, April 11, from 12 pm to 2 pm as Stony Brook will be hosting a Farmers’ Market event at the SAC Academic Mall. Fresh produce will be sold from a number of local vendors.

“Last spring, to infuse some excitement into the dining program, we began offering Farmers’ Markets on the Academic Mall. We wanted to provide our students with the ability to purchase seasonal fruits and vegetables without having to go off campus,” said FSA Campus Dining Manager Dawn Villacci, who oversees the food service program. “It was very successful, so we began to expand, including inviting local vendors, and offering pop-up food specials students could purchase using their Dining Dollars and Wolfie Wallet. Tomorrow is the first Farmers’ Market for the spring, and there will be another later in April.”

Farmers’ markets are a key component of the local economy as they help to ensure local farmers can make a living off of organically grown food while promoting sustainability and providing an outlet for communities to purchase their products. In addition, this farmers’ market helps foster a more united and healthier campus community.

The Farmers’ Market will return to the SAC Mall on Friday, April 20, for Earthstock from 11 am to 3 pm and on Wednesday, April 25, from 12 pm to 2 pm, with rain locations respectively held in the SAC lobby and East Side. The event on April 25 will feature a mini food show with local vendors such as Bagel Express and Hampton Coffee, as well as an East Side Dining vs. West Side Dining cooking competition.

Specifics on the Earthstock event to follow. For more information, visit stonybrook.edu/dining.