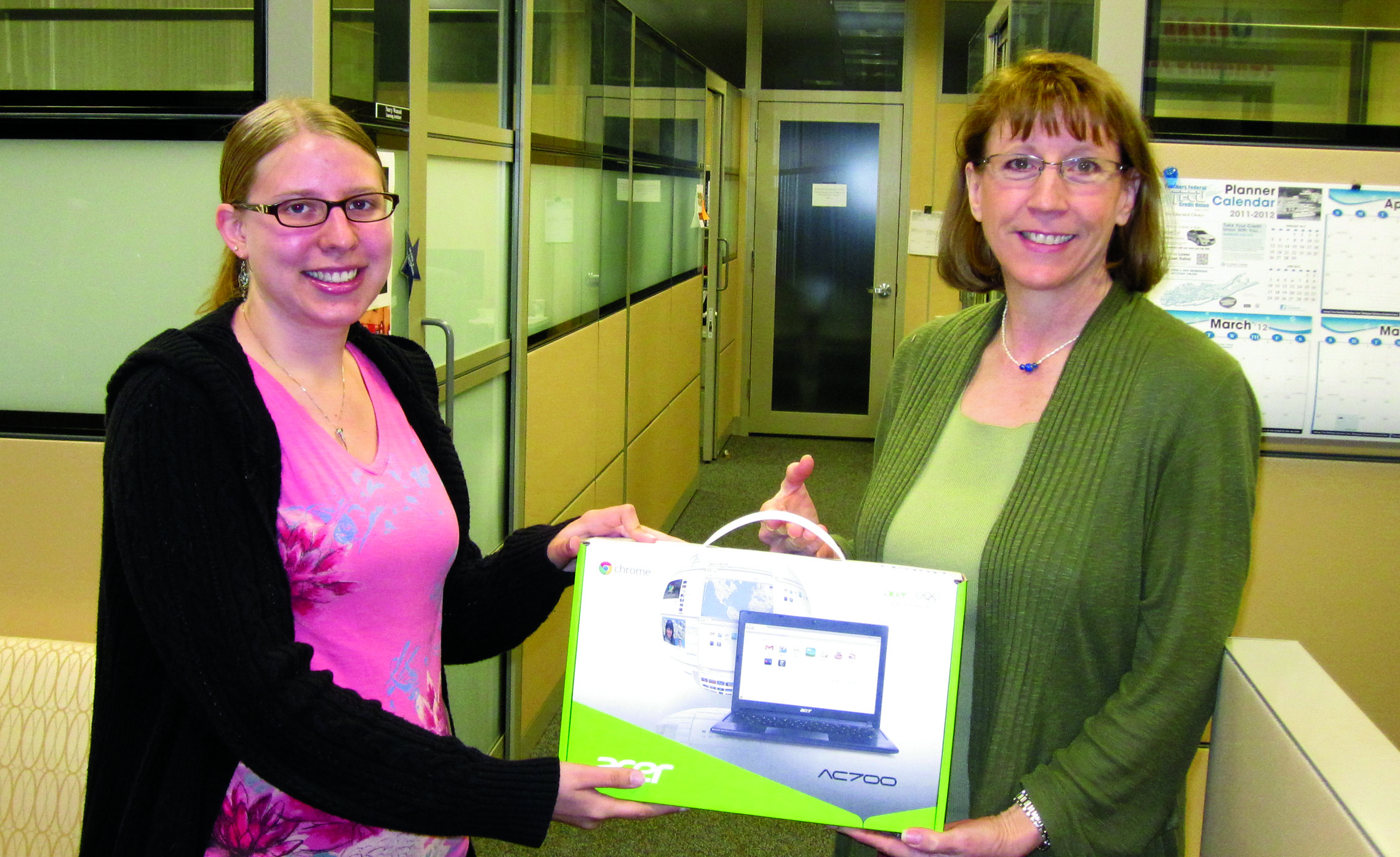 First-year graduate student Michele Theroux, a physics major who is also getting her master’s degree in teaching through the combined BS/MAT program, listened to her professors who encouraged her throughout the semester to fill out her online course evaluations. By taking some time to provide valuable feedback on the courses she was enrolled in during the Spring 2012 term, Theroux’s name was entered into a drawing and earlier this month she was informed that her name had been randomly selected from the more than 12,179 names of Stony Brook University students who had also diligently submitted online course evaluations. Theroux was awarded an Acer Google Chromebook and a $20 gift card to the Seawolves MarketPlace.

“I have a lot of small classes, so all my professors said, ‘everyone needs to do this because there are only seven of you and we really need the feedback,’ said Theroux. “Most professors say they read them. I think online course evaluations provide faculty with better comments because students have time to sit and think about what they’re writing. When they were offered in class, students just wanted to get out of there.”

This was the third semester that online course evaluations were administered campus-wide. Each time, the University has used an incentive and outreach program to entice students to take the time to offer their thoughts on how a course is being administered and where there may be areas for improvement. Although the student response rates have gone down since Stony Brook moved course evaluations online, this is typical of what other universities experience because once evaluations are out of sight, they are out of mind for most students.

“When we were doing evaluations on paper, the effective response rate was about 70 percent of actual usable surveys and this spring semester we had approximately 30 percent, so it’s been ranging between 30 to 50 percent,” said Patricia Aceves, Director of the Faculty Center, the office responsible for administering the online course evaluation system. “But, what faculty are telling us is that the comments that students are providing are more thoughtful. They’re writing more instead of just drawing a line or saying nothing or saying ‘he’s a cool guy.’ Students are actually putting in substantial comments and what faculty value is the student’s voice in terms of what’s working well and what’s not in the class.”

“Faculty place some stock in the ratings, but what they’re really after are the comments because that’s what they can use to improve the class,” said Aceves.

The goal is that more students will take the time to let their instructors know what they think when it comes time to fill out online course evaluations. Their comments could help make a course better and they may even win a new computer or some other prize while they’re at it.