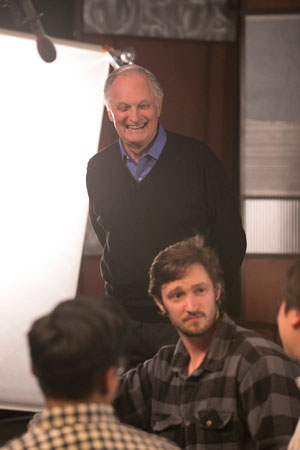 In a February 24 article Alda described the activities of Stony Brook’s Center for Communicating Science and invited readers to participate in the 2014 edition of the worldwide “Flame Challenge” contest.

In the interview Alda described the origins of the Center for Communicating Science: “Could we teach courses to turn scientists into capable communicators? I believed I had techniques from acting, directing and writing that could help. I didn’t get interest anywhere except at Stony Brook.”