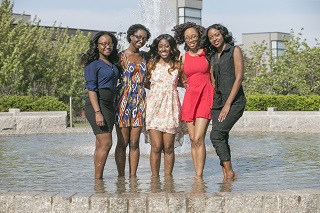 Stony Brook University has, once again, been chosen as the best university on Long Island by the readers of the Long Island Press. In fact, the University earned five “Bethpage Best of LI 2014” designations this year, the most ever for Stony Brook.

Readers of the Long Island Press cast more than 1.2 million votes and chose, for the third consecutive time, Stony Brook University as the Best Long Island College or University. The Athletic Department won its third award for the Best College Sports Program. Earning a No. 1 spot for the second time is Stony Brook Child Care Services, winning in the Best Day Care and Learning Center categories.

“We are grateful to the readers of the Long Island Press for recognizing Stony Brook University as the best on Long Island for the third year in a row,” said Stony Brook University President Samuel L. Stanley Jr., MD. “As the University continues its extraordinary trajectory toward becoming one of the nation’s top-tier universities, it’s important here at home for us to be recognized as a place of excellence and one of Long Island’s greatest resources by our neighbors.”