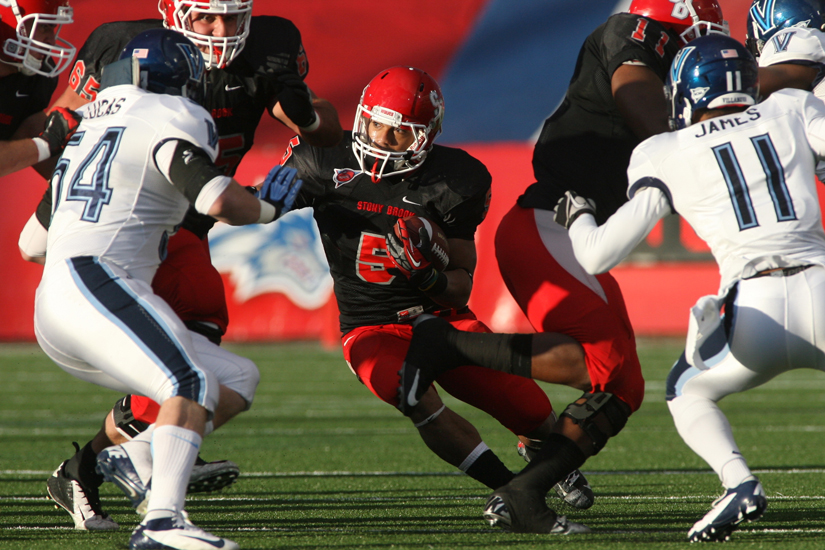 Montana State is the third seed in this year’s tournament and earned a bye in its first round.

The game will be carried on ESPN3.com. On November 19, ESPN3.com increased its subscription distribution through Optimum Online to a total of 79 million homes in addition to the 21-million-plus users on college campuses and military bases in the United States, making access to the game even easier. ESPN3 is also available on Microbox Xbox.

There is also ample reason to tune in to Seawolves games just to watch Riverhead product running back Miguel Maysonet, who just became one of three finalists for the FCS (Football Championship Subdivision) Walter Payton Award. Maysonet is on track to shatter both Seawolves and Big South Conference all-time rushing yards.