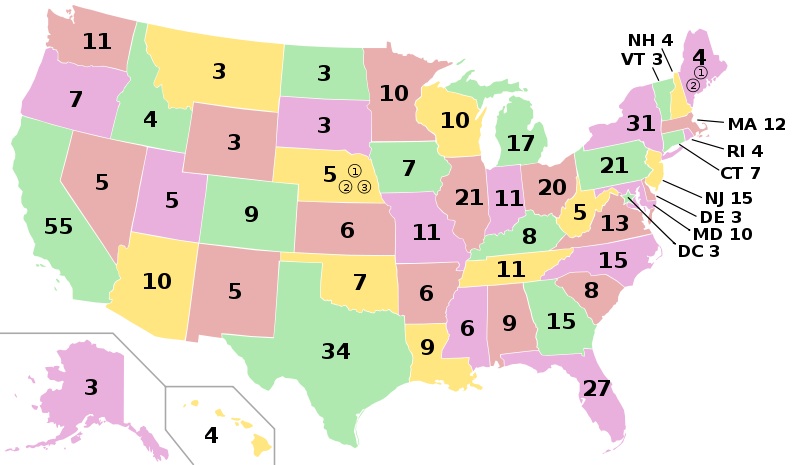 Is the Electoral College — the manner in which the United States chooses its President — a weird mechanism that has outlived its original shaky rationale? Is it time for it to be abolished and replaced by a system in which the candidate receiving the simple majority of votes wins the election? Or does it ensure that the President of the United States has both sufficient popular support and that his/her popular support is sufficiently well distributed throughout the country to enable it to be governed effectively?

On Thursday, November 29, at 4 pm in Humanities 1006, two teams will debate this issue and the audience will vote on the winner. All are welcome; refreshments will be served. The debate is hosted by The Humanities Institute and sponsored by the School of Journalism and the School of Marine and Atmospheric Sciences (SoMAS).

Proposition to be Debated
Be it resolved that the Electoral College has outlived its original rationale; it should be abolished and replaced by a system in which the candidate receiving the most votes wins the Presidential Election.

Government Team (for abolishing the EC)
Robert Keeler, Employed for more than 40 years at Newsday; covered local, state and national issues; currently an editorial writer; winner of the Pulitzer Prize for profiling a parish in Westbury.

Michael D. Dawidziak (Mike D.), founder and President of Strategic Planning Systems, Inc.; he is a nationally known pollster, general consultant and political strategist and has worked on races for all levels of government in every state in the country, including four presidential campaigns. He writes a bi-weekly opinion column for Newsday on local and national political attitudes, appears often on TV news shows and is a regular political analyst for News 12.