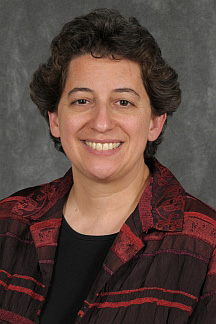 The Stony Brook Young Investigators Review (SBYIR), an undergraduate student-run science journal, is releasing its Spring 2015 issue and hosting a YIR Colloquium on April 15, featuring one of the nation’s most prominent scientists, Mildred Dresselhaus, also known as the “Queen of Carbon.” Her keynote lecture, “Forty Years of Research on the Carbon Nanoscale,” will be held in the Student Activities Center Ballroom B and is free and open to the public. Dresselhaus will talk about her research experiences and provide a personal perspective of her esteemed scientific career. A Q&A session will follow her presentation.

The event also includes guest lectures by the Stony Brook iGEM team and by Chemistry Professor Nancy Goroff, Associate Provost for the Integration of Research, Education, and Professional Development and Associate Dean of the Graduate School at Stony Brook. The event will start at 11:30 am and will run until 2:30 pm.

Mildred Dresselhaus, PhD, has made pioneering discoveries in the field of carbon science, which has paved the way for the rise of nanotechnology. She became a visiting professor of electrical engineering at MIT in 1967, a tenured faculty member in 1968, a professor of physics in 1983 and was then promoted to institute professor, the highest title awarded to MIT faculty. Throughout her distinguished career, she has received many honors, including the National Medal of Science and the Enrico Fermi Award. Most recently, she was given the highest award for a civilian in the United States — the prestigious Presidential Medal of Freedom — for her work that in President Obama’s words, “has changed our world.” Besides her notable scientific contributions, Dresselhaus is also known as an advocate and role model for promoting increased opportunities for women in the sciences.

Founded in 2008, SBYIR aims to bring scientific awareness to the Stony Brook community. YIR offers dedicated and passionate Stony Brook undergraduate students a way to sharpen their science-writing skills, while also inspiring students to further their passion for science. Articles written and edited by undergraduate students span all fields of science, from physics to neuroscience, and include highlights of Stony Brook research accomplishments, interviews of Stony Brook faculty, research reviews of current science topics, and original student research reports straight from campus laboratories.

This year’s issue will feature a variety of articles, including interviews with Stony Brook faculty, such as Martin Halada, who discusses the integration of nanotechnology into the Stony Brook engineering curriculum, as well as reviews covering various topics, such as the creation of antibiotic-resistant “superbugs” and the use of video games as a source of neural therapy.

“Our dedicated YIR staff members have been working extremely hard during this past year,” said Julia Joseph, Editor-in-chief of YIR. “We couldn’t be more proud of the upcoming issue that will be released at the colloquium, and we are extremely excited at the opportunity to host Dr. Dresselhaus, one of the most noteworthy members of the scientific community. It will be a day to celebrate science at our great research university, and we definitely hope to continue this tradition in the future.”