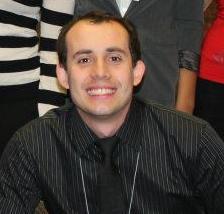 Nelson Oliveira, a senior in Stony Brook University’s School of Journalism, has been named a 2013 Student News Competition Winner by the Broadcast Education Association’s (BEA) Festival of Media Arts. He won second place in the Television Feature Reporting category for his piece “Memories Destroyed by Sandy,” which focuses on the memorabilia Long Island residents lost in Super Storm Sandy.

The BEA Festival of Media Arts is an international competition of faculty and student work. Oliveira’s piece, along with the other winning work, will be on exhibit as part of the BEA’s annual convention in Las Vegas.

Oliveira, a journalism major who is addicted to news, is an assistant news editor for The Stony Brook Statesman and webmaster for the Golden Key International Honour Society chapter at Stony Brook.

Click here to view the piece and read the accompanying article.