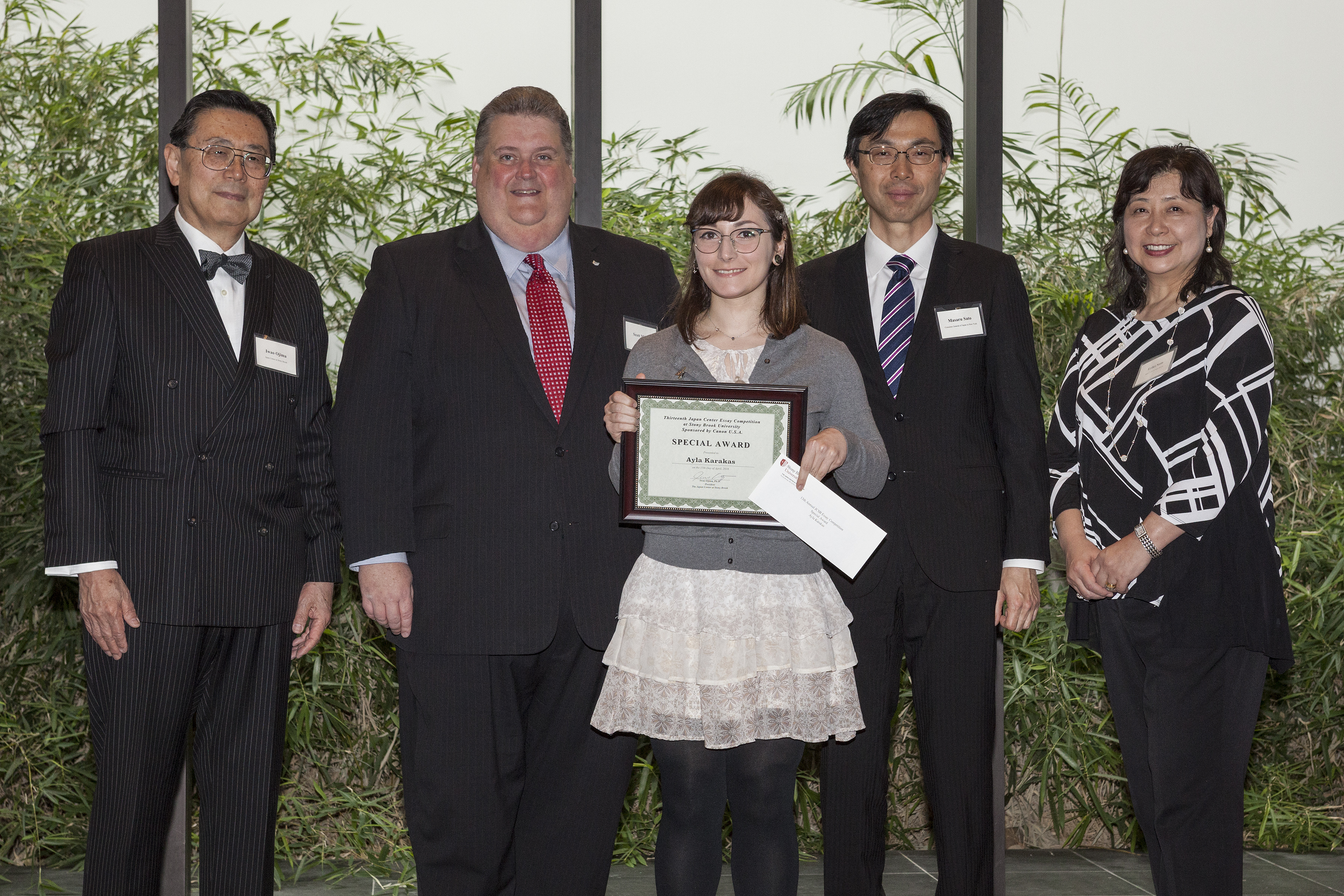 Ayla Karakas, a Stony Brook University senior majoring in Linguistics and minoring in Mathematics and Computer Science, received the Special Award representing the College Division in the Japan Center’s 13th Annual Essay Competition at Stony Brook University sponsored by Canon USA. She was presented with an award certificate, a $500 check and a Canon camera at the award Ceremony held on April 15 at the Charles B. Wang Center.

In her award-winning essay, “Flower, Bird, Wind, Moon,, Ayla focuses on the succinctness of the Japanese language through its depictions and metaphors in comparison to the verboseness of the English language to convey her experiences with nature’s beauty. It is through these experiences that she has truly learned about her inner self. She admires the brevity of Japanese phrasing, such as kakchoufugetsu (flower, bird, wind, moon) because she feels that it “seems to be honoring the transience of nature and its beauty – a concept exemplified in Japanese haiku poems and in the succinctness of Zen koans.”

Ayla is doing research on the interaction between linguistics, mathematics and computer science. Her essay is infused with her love of linguistics. She enjoys fencing, reading, playing the banjo and adventuring. Ayla likes the Japanese culture, focusing on its history, art and language that are brilliantly immersed in her essay. She aspires to be a scientist working on the problem of “reverse engineering” early language acquisition in the future.

The goal of the Japan Center’s Essay Competition is to promote awareness and understanding of Japan in the United States and to help young Americans broaden their international horizons. This year the contestants were required to write about one or more aspects of Japan including art, culture, tradition, values, experiences and/or future goals. The contestants did not need to have any experience in visiting Japan or studying Japanese.

To view all the award-winning essays and detailed information on the essay competition, as well as other Japan Center programs, visit the JCSB website.