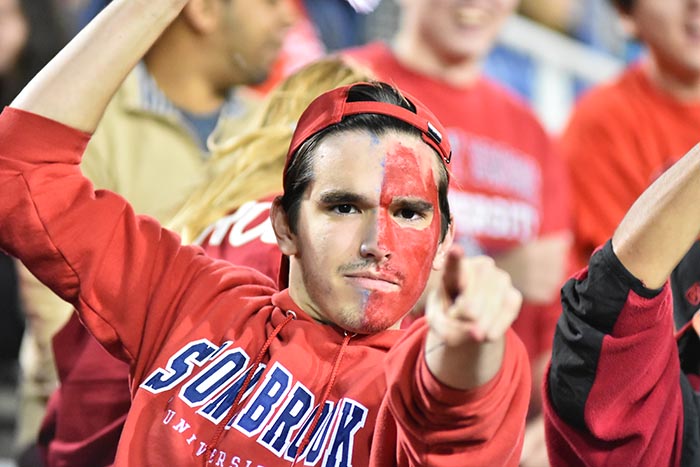 12,311 cheering Seawolves fans witnessed the Seawolves (5-2, 4-1 CAA Football) shut out the Wildcats (4-2, 2-1 CAA Football) in the second half, while posting 22 points of their own to overcome an eight-point halftime deficit.