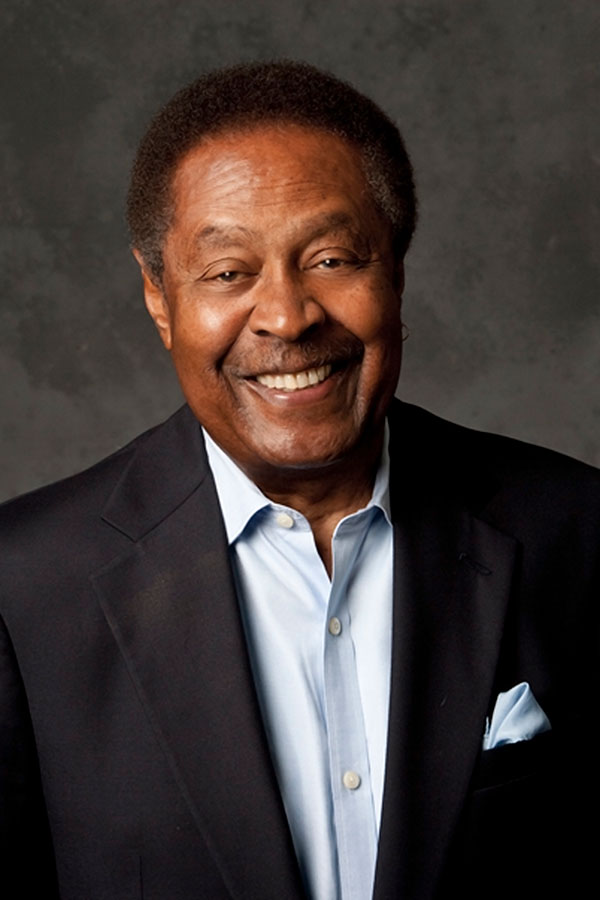 Martin Luther King Jr. was the 20th century’s pre-eminent apostle of non-violence and the pursuit of justice. From Dr. King’s beautifully illustrated philosophies in his 1963 Letter From A Birmingham Jail to the powerful “I Have A Dream” speech, Clarence Jones finds that 50 years later, the same challenges of racial segregation and unfair treatment are still posed for civil society today.

RSVP to the lecture

About Clarence Jones
Dr. Jones is an adjunct professor at the University of San Francisco and a scholar-in-residence at the Martin Luther King, Jr. Research and Education Institute at Stanford University. In a distinguished and heralded career, he served as political advisor, counsel and draft speechwriter for the Reverend Dr. Martin Luther King, Jr.

In 1967 Dr. Jones joined the investment banking and brokerage firm of Carter, Berlind & Weill, working alongside future Citigroup Chairman and CEO Sanford I. Weill and Securities and Exchange Commission Chairman Arthur Levitt. Jones was the first African-American to be named an allied member of the New York Stock Exchange. He has been twice recognized as Fortune’s Business Man of the Month, and founded successful financial, corporate and media-related ventures. He has also provided strategic legal and financial consulting services to several governments around the world including the Bahamas, Dominican Republic, Jamaica and Zambia.

Dr. Jones has received numerous state and national awards recognizing his significant contributions to American society. Through his work in the civil rights movement, he has dramatically impacted the course of American history. He coordinated the legal defense of Dr. King and the other leaders of the Southern Christian Leadership Conference against the libel suits filed against them and The New York Times by the police commissioner and other city officials of Birmingham, AL. The Supreme Court ruling in this case — Sullivan vs. The New York Times — resulted in the landmark decision on the current law of libel. In April 1963 he drafted the settlement agreement between the City of Birmingham and Martin Luther King, Jr. to bring about the end of demonstrations and the desegregation of department stores and public accommodations. He assisted Dr. King in the drafting of his celebrated “I Have A Dream” speech that he delivered at the March on Washington, August 28, 1963. In September 1971 he again found himself at the center of history-in-the-making when, at the request of Governor Nelson A. Rockefeller, he was requested to help negotiate an end to the historic Attica prison inmate rebellion.

Dr. Jones has been the subject of numerous television and radio interview programs and featured in articles in top publications around the world. He was part of The March, a documentary about the March on Washington, jointly produced by Sundance /BBC/Smoking Dogs/PBS. A much-requested speaker, he has addressed corporate audiences, law firms, universities, schools, hospitals and libraries, among others. He has been recognized for his illustrious career with honors awarded by a wide variety of distinguished organizations, including: Selected by Time in 1972 as one of 100 Future Leaders of America, Letter of Commendation from President Clinton for work in Birmingham, AL on behalf of Dr. King and the Civil Rights Movement, and the Clarence B. Jones Institute for Social Advocacy was created in June 2017.

Dr. Jones has twice taught his course, “From Slavery to Obama,” at Stanford University’s School of Continuing Studies Master of Liberal Arts Program. Since Fall 2012 he teaches a reconfigured 15-week version of the same course to undergraduates at University of San Francisco (USF). In conjunction with USF he has developed USF’s online course, “From Slavery to Obama: Renewing the Promise of Reconstruction.” In Spring 2013 he taught a new course, “The Art of Advocacy Speech Writing,” which he created for USF’s Graduate School of Urban Affairs and Public Policy. He is on sabbatical from teaching so he can complete the writing of his memoirs, A Pencil and a Dollar Bill: Reflections During an Eight-Decade African-American Journey to the Election of Barack Obama as President of the United States, and Beyond.

Dr. Jones is co-author of What Would Martin Say? and Behind the Dream: The Making of the Speech That Transformed a Nation and the audio version of the book, which was released in 2013 by USF. He also co-authored an e-book, Uprising: Understanding Attica, Revolution and the Incarceration State and posts a regular column in the Huffington Post.