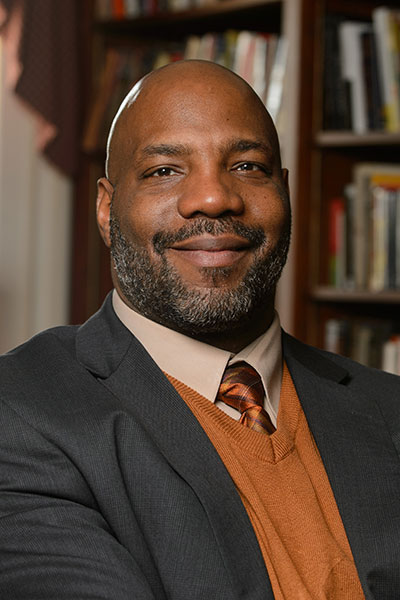 Jelani Cobb is an Ira A. Lipman Professor of Journalism at the Columbia University Journalism School and a staff writer for The New Yorker. As part of the University’s Presidential Lecture Series, he will discuss “Microaggressions and the Pursuit of Equity,” on Monday, October 28, at 7 pm in the Student Activities Center Gelber Auditorium.

The lecture is free and open to the public.

Jelani Cobb received the 2015 Sidney Hillman Award for Opinion and Analysis writing, and he writes frequently about race, politics, history and culture.

Dr. Cobb was most recently an associate professor of history and director of the Africana Studies Institute at the University of Connecticut where he specialized in post-Civil War African American history, 20th century American politics and the history of the Cold War. He is also a recipient of fellowships from the Fulbright and Ford Foundations.

Dr. Cobb is author of The Substance of Hope: Barack Obama and the Paradox of Progress and To the Break of Dawn: A Freestyle on the Hip Hop Aesthetic. His articles and essays have appeared in The Washington Post, The New Republic, Essence, Vibe, The Progressive, and TheRoot.com. His collection, The Devil and Dave Chappelle and Other Essays, was published in 2007. He has also contributed to a number of anthologies including In Defense of Mumia, Testimony, Mending the World and Beats, Rhymes and Life. Dr. Cobb is editor of The Essential Harold Cruse: A Reader.

Born and raised in Queens, New York, Dr. Cobb is a graduate of Howard University and Rutgers University, where he received his doctorate in American History.