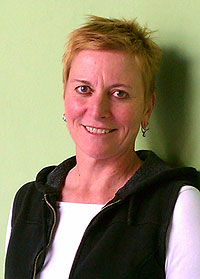 Robyn Wiegman is a professor of literature and women’s studies at Duke University and former director of women’s studies at both Duke and University of California, Irvine. Wiegman’s research interests include feminist theory, queer theory, American studies, critical race theory, and film and media studies. Her latest book, Object Lessons: Readings in U.S. Identity Knowledges, which pays attention to relations of identification and affect in the constitution of identity as an academic object of study, appeared earlier this year. She has also published American Anatomies: Theorizing Race and Gender and a series of edited collections, including The Futures of American Studies and Women’s Studies on Its Own. She is currently working on two projects: “Without Guarantee: Feminism’s Academic Itineraries” and “Arguments Worth Having: Race, Theory, Culture.”

Abstract: It is now widely assumed that the political capacity of queer theory arises from its anti-normative commitments; hence one is most critically queer when one challenges norms or agitates for non-normative sexual practices and identities. In this talk, Wiegman returns to Eve Sedgwick’s ground-clearing work to challenge the hegemony of anti-normativity in contemporary queer inquiry, arguing for the importance of de-essentializing our discourse to reconsider not only the history, impact, and force of norms, normativity, and normalization, but the very conception of “the political” that underwrites the interdisciplinary domain of queer studies today. The discussion will collate around Sedgwick’s use of the figure of the triangle — as a narrative form, critical hermeneutic, affective terrain, and political project. The point is not to dismiss the rich archive of work that has been generated under the auspices of anti-normativity but to interrupt its consolidation as the political position for radical queer thought. In her emphasis on contradiction, incoherence, and the double-bind, Sedgwick performs a queer theory that inhabits its own epistemological contingency in both ethical and necessary ways.