SBU News > On Campus > October 22 Provost’s Lecture with Ruth B. Bottigheimer
On Campus 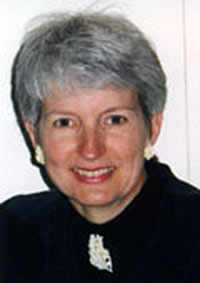 Ruth B. Bottigheimer, Research Professor in the Department of Cultural Analysis and Theory at Stony Brook University, has written extensively about fairy tales. Beginning with Grimms’ Bad Girls and Bold Boys, she moved on to the European originator of fairy tales, Giovan Francesco Straparola in Fairy Godfather. Fairy Tales: A New History provides an archeological approach, beginning with the Grimms and working backward to the earliest efforts to produce a fairy tale kind of story. She has edited several scholarly volumes on the history of fairy tales; and has published nearly 200 scholarly articles in journals and encyclopedias. Bottigheimer, a Fulbright scholar and past Visiting Fellow at Magdalen College, Oxford, and Clare Hall, Cambridge, has just published a comprehensive history of the change from magic tales to fairy tales, Magic Tales and Fairy Tale Magic from Ancient Egypt to the Italian Renaissance (Palgrave Macmillan 2014).

Abstract: Tales that express human aspirations for and the achievement of a good life here on earth, fairy tales are closely related to city living with its possibilities for moving up the social and economic ladder. Even more importantly, when fairy tales emerged during the Italian Renaissance, magic itself shifted dramatically. Now fairies and magical creatures lost their backstories together with their complicated and complicating enmities and friendships, and instead wielded magic principally to benefit the girls and boys, men and women they wanted to help. Without histories of their own fairy tale fairies stopped became entirely human-centered. Professor Bottigheimer’s innovative approach to fairy tale history has aroused attention worldwide. Although her first talk on the subject brought a fist-shaking and shouting audience to its feet in 2005 and provoked the Journal of American Folklore to devote an entire issue to attacking her pathbreaking work, her writings have since come to be seen as opening new understandings of the ways in which the humble fairy tale expresses core attitudes that developed with city living, a money economy, and human-centered modern society.

This Provost’s Lecture will be held on Wednesday, October 22, at 4 pm in the Humanities Institute, Room 1006, Humanities Building.