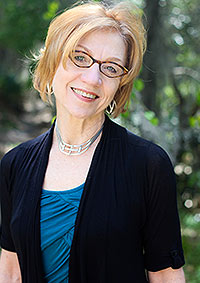 Joan Frosch is Professor of Dance in the School of Theatre and Dance at the University of Florida, where she has taught since 1995. Dr. Frosch co-founded and directs the Center for World Arts, a living laboratory exploring contemporary global expression in performance. Recently named a University of Florida Research Foundation Professor, Dr. Frosch is a dance ethnographer, Laban Movement Analyst (CMA), filmmaker, choreographer, and author. Her research has attracted numerous honors and awards, including the Lilly Fellowship and two awards from the National Endowment for the Arts (Dance-Creativity). She received the inaugural EMPAC (RPI) film commission for her production Nora (2008) which premiered on PBS in 2011 for which she was also awarded the prestigious INPUT Producer’s Fellowship. Dr. Frosch is the director and producer of the feature documentary Movement (R)Evolution Africa: a story of an art form in four acts (2009) on African experimental choreographers. Co-sponsored by the Center for Dance, Movement and Somatic Learning. Part of the Festival of the Moving Body.

Abstract: The sinister constructions of personhood which fostered genocide and slavery haunt us. From Michael Brown, to Trayvon Martin, to Steven Sotloff, and over 1500 unnamed victims of the Ebola virus, the world appears to wonder: “Who is (not) human?” Whose life is one to value, respect, if not exceptionalize, and, whose life can we stand to lose, if not take? The recognition of humanity is clearly a matter of life and death. What race, ethnicity, gender, religious affiliation, ability, sexual orientation, nationality, language, or age privileges the status of the human, “who manifests a subjectivity—that is, a consciousness like our own—that would allow us to consider each of them, taken individually, as another self?”

This Provost’s Lecture will be held on Thursday, October 16, at 10 am in the Charles B. Wang Center Theater.