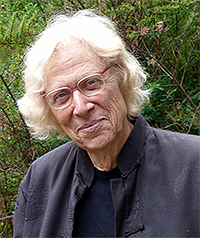 Jeremy Jackson is Professor of Oceanography Emeritus at the Scripps Institution of Oceanography and Senior Scientist Emeritus at the Smithsonian Institution. He studies threats and solutions of human impacts on the environment and the ecology and evolution of tropical seas. Jackson is the author of more than 160 scientific publications and 11 books. He is a Fellow of the American Academy of Arts and Sciences and has received numerous prizes and awards including the BBVA International Prize in Ecology and Conservation, the Paleontological Medal, and the Darwin Medal of the International Society for Reef Studies. Jackson’s work on the collapse of coastal ecosystems was chosen by Discover magazine as the outstanding scientific achievement of 2001. His new book, Breakpoint: Reckoning with America’s Environmental Crises, appeared in April 2018.

Abstract: Jackson will discuss highlights from his new book with journalist Steve Chapple about major environmental challenges in America today due to climate change, mismanagement, and corruption and the highly encouraging practical solutions that are beginning to catch on. He will focus on American agriculture, drowning coasts, and the ways that climate change and extreme weather are exacerbating decades of chronic mismanagement of natural resources. The story begins in the vast Iowa GMO cornfields that produce mostly ethanol no one needs at the expense of massive soil erosion, nutrient runoff, dead zones in the Gulf of Mexico and Great Lakes, and poisoned drinking water: then down to the Mississippi Delta and Louisiana coast that is disappearing underwater at the rate of a football field an hour so that New Orleans will be an island with terra firma far to the north. Chronic drought in the southwest, increasingly extreme flood rainstorms moving east, and stronger hurricanes threaten agricultural systems nationwide and coastal cities all along the East and Gulf Coasts. Jackson will discuss what to do to alleviate or adapt to most of these challenges and the resources to do so. The lecture will conclude with examples of local, state, and private sector initiatives that are beginning to turn things around in spite of the current political administration.

This Provost’s Lecture, co-sponsored by the Living World Lecture – Science Open Nights, Department of Ecology and Evolution, and School of Marine and Atmospheric Sciences, will be held on Friday, October 12, at 7:30 pm in Earth and Space Sciences Lecture Hall 001.