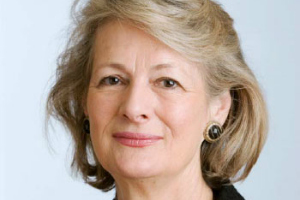 Former Leader of the House of Lords and Minister for Women Margaret Jay will deliver a Presidential Lecture, “The New Populism in America and Britain: What Has Happened to Our Politics?” on Tuesday, October 11, at 4 pm in the Charles B. Wang Center Theatre. Doors open at 3:30 pm and seating is limited; this event is free and open to the public.

The Right Honorable the Baroness Jay of Paddington, Labour politician and former broadcast journalist, is a pioneer of women’s issues and has longstanding interests in health and constitutional affairs.

Baroness Jay was a journalist for more than 20 years before becoming a force in British government. In 1992 she was appointed a “working peer” to the House of Lords by the Labour Party. In 1998, she became Leader of the House of Lords, and was also named Minister for Women, a position from which she pushed for changes in government policy. Today, the Baroness serves on committees in the House of Lords focusing on health, communications and international issues.