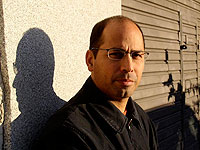 Andrés Di Tella, Argentinean filmmaker, professor and writer, studied literature at Oxford. His work is intimately related to Argentinean contemporary history, to the large migrations of the 20th century and to the exploration of subjectivity and private life in the documentary genre. Family plots, the intersection between private and social issues, the political value of personal experiences, and a critical reflection on the documentary as a genre are the distinctive traits of his work. Di Tella’s first feature film, Montoneros, una historia (1994), tells the story of the guerrilla militancy in Argentina during the1970s, taken from the testimonies of survivors of concentration camps. In 1997 he released Prohibido, a documentary on repression and censorship during the Dirty War, also constructed from multiple oral narrations. His next feature film La televisión y yo (2003), explores the intimate intersection between the political and the private as it narrates in the first person the history of Argentinean television and the industrial downfall of the Di Tella family. In 2007 he finished Fotografias, a documentary essay on the search of his mother’s homeland in India. The following year he released El país del Diablo (Devil’s Land), a documentary on “the campaign of the desert” on defeated Indian territory in the 19th century. His 2011 film, Hachazos (Blow of the Axe) is an experimental biography of Claudio Caldini, a forgotten avant-garde filmmaker from the 1970s in Buenos Aires.

Andrés Di Tella was the creator and director of the Buenos Aires International Festival of Independent Cinema (1999-2000), and since 2002 is director of the Documentary Festival of Princeton University, where he was also visiting professor in 2005. He has published articles on the documentary genre and the political culture in Argentina. In 2011 he released his first book, Hachazos, to accompany his movie about  filmmaker Claudio Caldini. An extended dialogue with him was published in 2006 under the title Conversación en Princeton, Andrés Di Tella: cine documental y archivo personal, edited by Paul Firbas and Pedro Meira Monteiro.

Abstract: This lecture will explore how first-person narratives have transformed the documentary in Latin America, bringing a new political meaning to intimacy. The talk will be illustrated with clips from the work of Andrés Di Tella and others.

This Provost’s Lecture, co-sponsored by the Latin American and Caribbean Studies Center, Humanities Institute, Department of Hispanic Languages and Literature and Office of Diversity and Affirmative Action, will be held on Wednesday, October 10, at 1 pm in the Humanities Building, Room 1006.