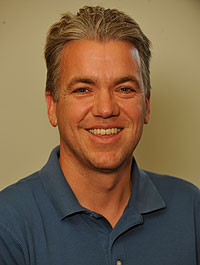 Thomas Anderson is the William M. Scholl Professor of Latin American Literature in the Department of Romance Languages and Literatures at the University of Notre Dame. He is a specialist in the literature, history and cultures of the Hispanic Caribbean. In 2003 he was awarded the Kellogg Institute’s Faculty Residential Fellowship, which facilitated his research for his first book, Everything in Its Place: The Life and Works of Virgilio Piñera (Bucknell University Press, 2006). This comprehensive study of one of Cuba’s leading writers and thinkers of the 20th century has been praised as a “perceptive, cogent and impressively documented book” (Gustavo Pérez Firmat) and “a must read for all those interested in Latin American Studies” (Enrico Mario Santí).

Anderson is working on two books: Images that Matter: Depictions of the United States in the Literature of the Hispanic Caribbean, which focuses on depictions of this country in Cuban, Puerto Rican and the Dominican literatures. Piñera Corresponsal: Una vida en cartas is a critical edition of 100 letters sent by Virgilio Piñera to his life-long friend Humberto Rodríguez Tomeu between 1958 and 1977. The book, which will be completed in 2013, includes an introduction, annotations and an index.

Abstract: Thomas F. Anderson will discuss the anxiety-ridden final years of the life of Cuban author Virgilio Piñera (1912-1979), with a special focus on Piñera’s hapless efforts to have his works translated into major European languages. Departing from information gleaned largely from some 100 unpublished letters by Piñera to a life-long friend, Anderson will discuss how translation projects gone awry with prestigious publishing houses such as Alfred A. Knopf in the U.S., Feltrinelli Editore in Italy and Éditions Gallimard in France, contributed significantly to the Cuban author’s legacy of oblivion.

This Provost’s Lecture, co-sponsored by the Department of Hispanic Languages and Literature, will be held on Thursday, November 8, from 2:30 pm to 4 pm in the Charles B. Wang Center, Lecture Hall 1.