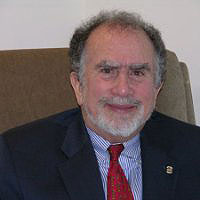 Paul Arfin has served as executive director for Long Island nonprofit organizations since 1967. He was a Peace Corps volunteer in Colombia during JFK’s presidency and returned to the U.S. committed to a career in social change. During his Long Island career, Arfin founded Suffolk County’s first youth center and established Long Island’s first interpersonal dispute resolution center and its first corporate-supported intergenerational day care centers. He founded the YMCA of Long Island’s Family Services Division and the Community Programs Center of Long Island, where he served as CEO for 22 years.

Arfin served as president of the New York State Adult Day Services Association and is a recipient of the Association’s Pioneer Award. He was inducted into the Long Island Volunteer Hall of Fame and received an Art of Caring Award from former Governor George Pataki. He was also recognized by the Long Island Business Partnership with a Sixty-over-Sixty award for his community service.

After retiring from full-time employment in 2002, Arfin founded Intergenerational Strategies, the intergenerational studies center at Dowling College, and Long Island chapter of the Social Enterprise Alliance. In addition, he assisted the Family Service League and Family and Children’s Association in establishing HomeShare Long Island, matching older adult homeowners with people needing affordable housing. He also served as New York State coordinator for Generations United’s Seniors4Kids and as an instructor at Hofstra University and Dowling College, where he designed and taught courses on nonprofit employment and volunteerism.

Arfin has written numerous articles published in Newsday and The New York Times on family, aging, and intergenerational and social enterprise issues.

This Provost’s Lecture, co-sponsored by the Department of History and Department of Sociology, will be held on Tuesday, November 17, at 4:30 pm in the Charles B. Wang Center, Lecture Hall 2.