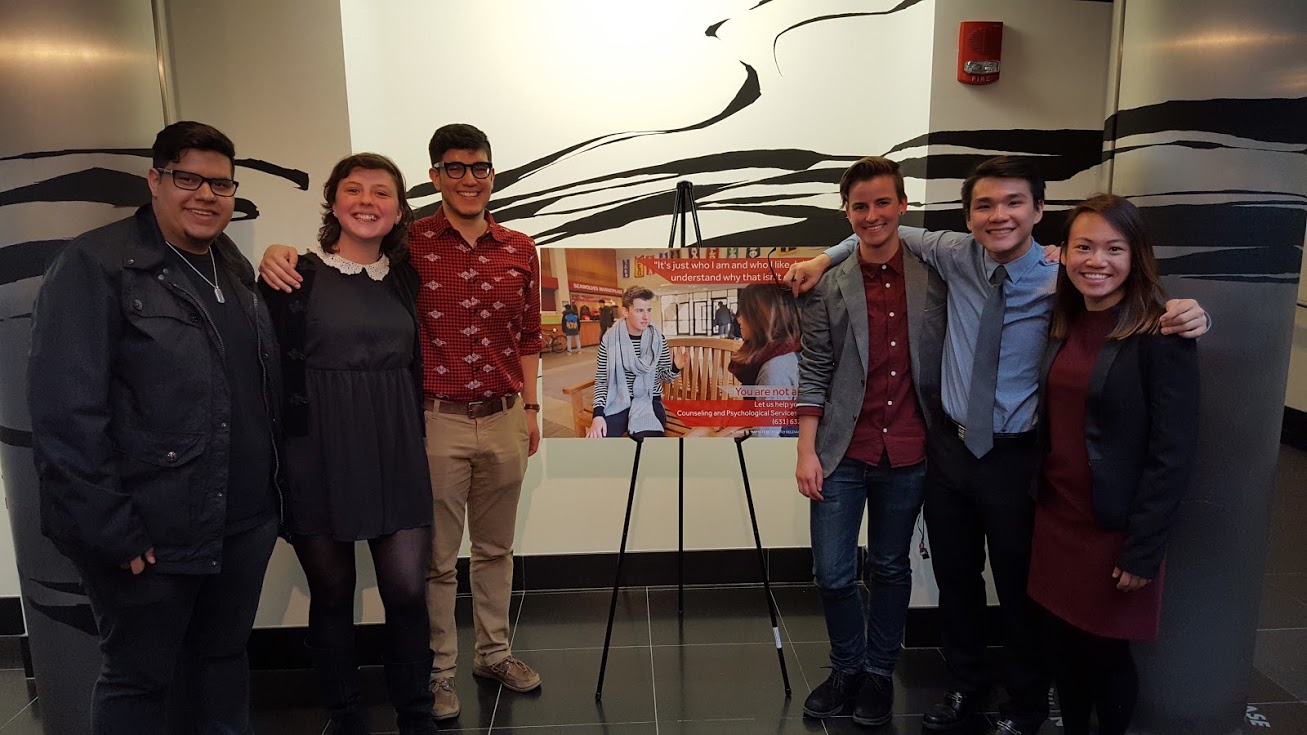 On April 27 Reach Out and Reconnect (ROAR) student committee unveiled their poster campaign to raise awareness about mental health issues with the message: “You’re not alone.”

The ROAR committee was created by a group of students from Tabler Quad after their friend’s tragic passing. Since Spring 2015, the committee — formed by Antonio Xu Liu ’17, Steven Morel ’16, Cayla Leung ’16, Erynn McLeod ’17 and Derrick Wegner ’18 — has been working diligently to bring the campus community a long-lasting project to help break the stigma behind mental health.

Breaking the Stigma
With advice and collaboration from Julian Pessier, Interim Director of Counseling and Psychological Services and University Communications, and support from the Undergraduate Student Government (USG), the ROAR committee created a series of eight posters featuring different student leaders in situations that many students may experience during their time in college without realizing that there is help available. The messages in the posters are poignant and real, bringing attention to important issues such as depression, anxiety, financial struggle and domestic violence. 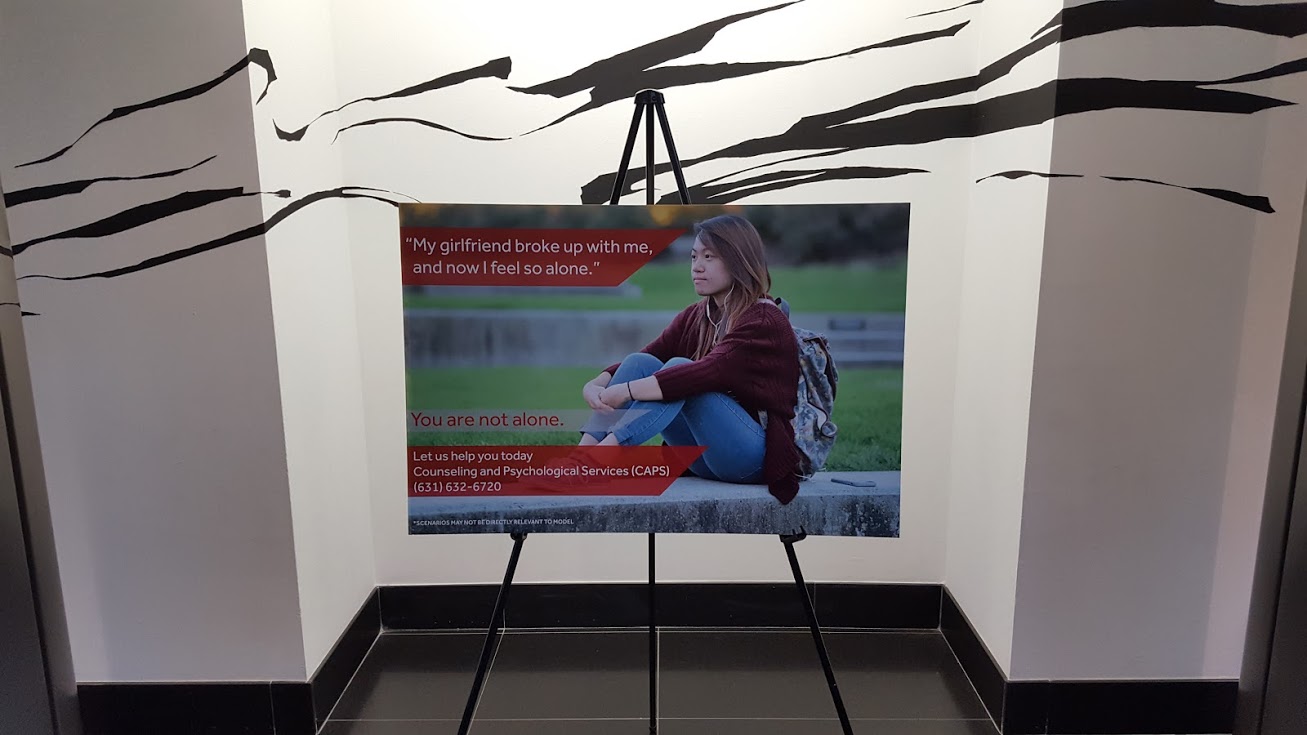 These posters will be featured in several visible locations throughout campus such as the Student Activities Center lobby and dining locations, among others, for many semesters to come, and will tell students the message: You’re not alone.

Unveiling Ceremony
During the unveiling ceremony, a video message from Stony Brook University President Samuel L. Stanley highlighted the importance of talking about mental health issues on campus and the availability of campus resources that can provide help: “There are many people here at Stony Brook University who truly care and many resources available across campus. Please take the time today to learn some of them. It can make an enormous difference for you, a roommate, a friend or even just a fellow classmate.”

Some of the student leaders that were featured in the posters shared with the audience why they participated in this campaign. USG President Cole Lee mentioned how other people might think that just because he is USG President, he is immune to the struggles that many college students experience. Other student leaders shared similar thoughts, and they hope that students who see their posters will realize that their issues are not unique to them, that they’re not alone and that help is available on campus.

Ambassadors will mentor students and create a support network, advise the SUNY chancellor on strengthening the program, and help inspire more students to seek opportunities through EOP.

There are literally thousands of stories among the Stony Brook University Class of 2022, an exceptionally diverse and talented group of students who have achieved tremendous success in their time here, with unlimited...