Meet the Stony Brook Athletics Hall of Fame Class of 2016 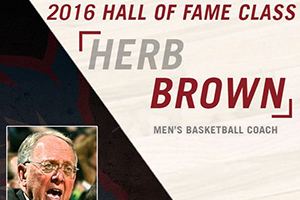 The Stony Brook Athletics Hall of Fame Class of 2016 includes seven outstanding individuals who distinguished themselves during their time on campus.

“As we work toward creating a strong future for Stony Brook Athletics, it is imperative that we celebrate our past,” said Stony Brook Director of Athletics Shawn Heilbron. “We are very excited to induct these seven deserving individuals into the Stony Brook Athletics Hall of Fame. Each of them played a significant role in shaping the legacy of our program and we look forward to honoring them this fall.”

On October 20, 2007, the Stony Brook Athletics Hall of Fame was dedicated as the Rita & Kurt Eppenstein Athletics Hall of Fame to honor the memory of Rita and Kurt Eppenstein, two quintessential New Yorkers whose lives serve as a higher lesson in ethics, character and perseverance, and who sacrificed much to enable their son to graduate from college and law school, and to enjoy the opportunities and experiences that flowed from their own American dream. Their son, Ted Eppenstein ’68, was enshrined in the Hall of Fame in 1994.

The Stony Brook Athletics Hall of Fame Class of 2016: 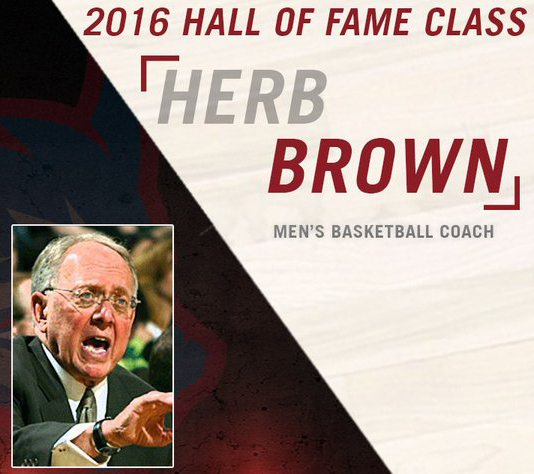 HERB BROWN (Men’s Basketball)
Brown was Stony Brook’s second coach of the men’s basketball program and led the team from 1964 until 1969. He earned 43 victories during his tenure with Stony Brook and guided the 1968-69 team to 16 victories, the most in the first decade of basketball at the school. Brown went on to also coach for many years in the NBA, including a stint as the head coach of the Detroit Pistons from 1976 to 1978. He also served as an assistant coach under his brother Larry Brown during the Pistons NBA title run in 2004. 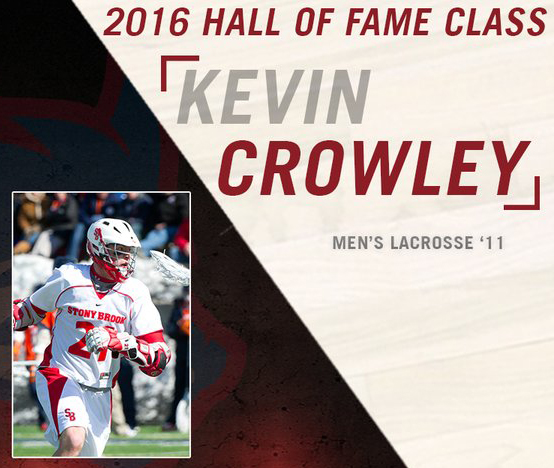 KEVIN CROWLEY ‘11 (Men’s Lacrosse)
Crowley is one of the most decorated men’s lacrosse players in Stony Brook history. In addition to being named the 2010 America East Conference Player of the Year, he was the 2010 United States Intercollegiate Lacrosse Association (USILA) Most Outstanding Division I Player, the 2010 Tewaaraton Award runner up, the 2011 USLIA Midfielder of the Year and a four-time first team America East All-Conference selection. Crowley is second in school history with 232 points and is one of two players in history to have at least 100 goals and 100 assists. He went on to be the first pick of the NLL and MLL draft. 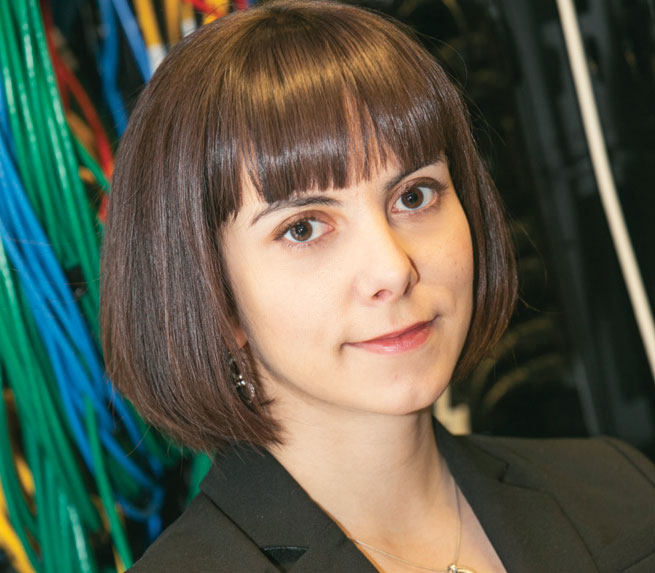 ROGER GILL ’94 (Track & Field)
Gill was a standout sprinter for Stony Brook in the early 90s and still holds the school outdoor records in the 100- and 200-meters as well as holding the marks indoors at 200- and 400-meters. Gill is also listed in the Stony Brook record books as a member of five record-holding relay teams. Gill was Stony Brook’s first freshman All-American, earning All-America honors six times during his career. After competing for Stony Brook he went on to represent Guyana in the 1996 Olympics in Atlanta, running as a member of that country’s 4×400-meter relay team. Gill’s name is still in the record books as a member of the Guyana team that holds that country’s record in the 4×400-meter relay. He also won a bronze medal at the Central American and Caribbean Games in the 4×400. Gill passed away in a car accident in 2008. 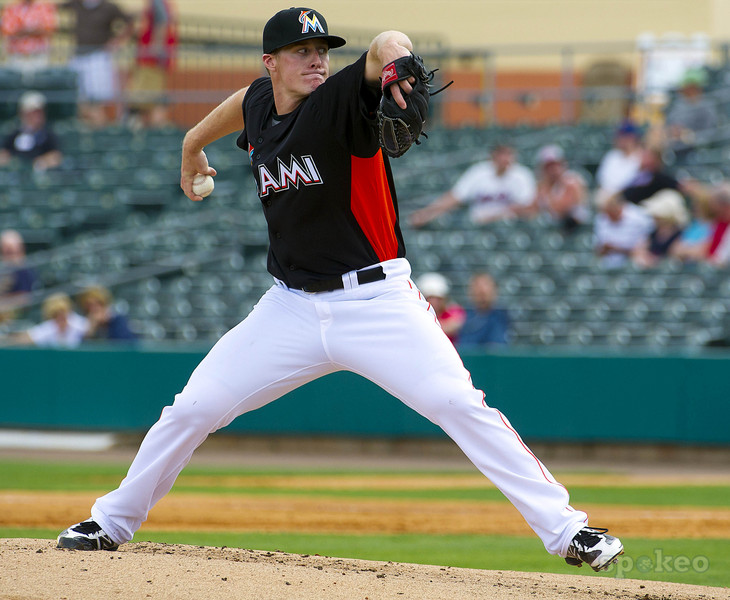 TOM KOEHLER ’08 (Baseball)
Koehler finished his Stony Brook career on the diamond with 17 victories and 297 strikeouts in 294.0 innings pitched in 59 appearances. All three of those rank him among the top of the Seawolves’ career records. He earned second team America East All-Conference in both 2006 and 2008 and was a member of the 2005 America East All-Rookie team. Koehler was drafted in the 18th round of the 2008 MLB Amateur Draft by the Miami Marlins, made his Major League Baseball debut in 2012 and is currently a member of the Marlins starting rotation. 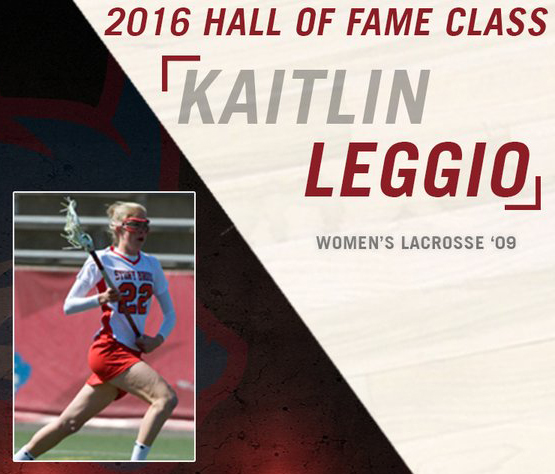 KAITLIN LEGGIO ’09 (Women’s Lacrosse)
Leggio left her mark on the Stony Brook women’s lacrosse program as the all-time leader in points (246) and ground balls (189). She also completed her career ranked second in draw controls (192) and third in goals (150) and assists (96). She was the 2007 America East Conference Player of the Year after earning the 2006 America East Conference Rookie of the Year honor. Leggio, who helped the Seawolves to the program’s first regular-season conference title in 2007, was a four-time America East All-Conference selection. 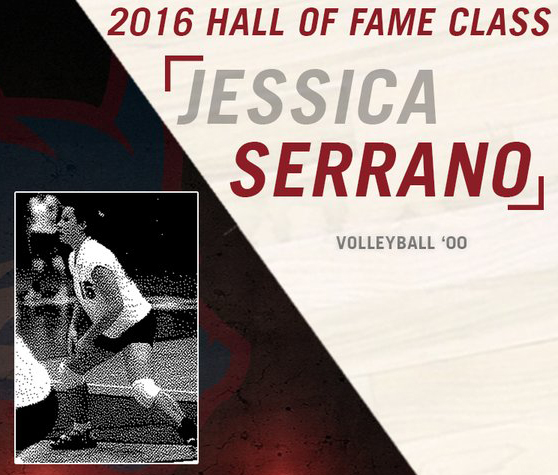 JESSICA (SERRANO) PLUGUES ’00 (Volleyball)
Serrano’s attacking proficiency is prevalent throughout the volleyball program record book. Her 2,205 career kills are more than 400 more than anyone else in Stony Brook history, while her 772 kills in 1997 are the most in a single season by a margin of 149. Serrano holds the top two single-match kill totals in program history, which included a program-best of 39 against Dowling in 1997. Serrano received the 1996 NECC Rookie of the Year award, was a two-time AVCA All-Region selection and was a three-time NECC All-Conference honoree.

EMEKA SMITH ’94 (Men’s Basketball)
Smith completed his Stony Brook basketball career as the program’s all-time leader in points (1,978), a record that held up until the 2015-16 season. He earned the ECAC Metro Rookie of the Year honor in 1989-90 and was the Skyline Conference Rookie of the Year. One year later he was named the Skyline Conference Player of the Year after posting 23.9 points per game in 1990-91. Smith was a three-time Skyline Conference All-Star. Upon his graduation from Stony Brook, Smith served overseas in Germany, Korea and during Operation Enduring Freedom and Operation Iraqi Freedom as a Sergeant First Class in the Army.

The Maternal Safety Foundation named the hospital an Accreta Center of Excellence, recognizing its ability to provide superior care for this life-threatening childbirth complication.