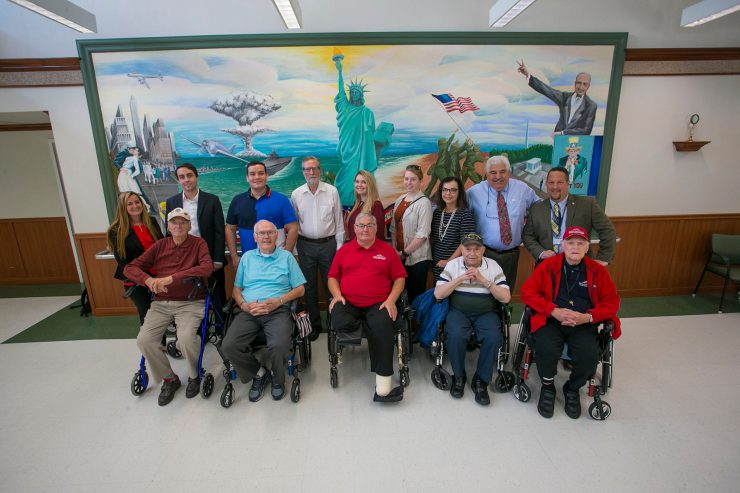 “Through storytelling, we can fight the numbness of the war, I think,” Gallagher said. This was one of several quotes from his essays, which he read in the Melville Library’s Central Reading Room on Thursday, October 4. His love for words and Ernest Hemingway pulled him into war literature.

Drawing from his experience in Iraq and Afghanistan, Matt Gallagher has published his novel Youngblood along with his short fiction collection, Fire and Forget. He enlisted in the Reserve Officers’ Training Corps (ROTC) at Wake Forest University and almost left, with his mother ready to pay back the scholarships that he had taken out. Nonetheless, he persevered, and was deployed in Iraq for 15 months.

“We blundered and failed and we learned,” Gallagher said.

He delivered a heart-wrenching story about former veteran and football player Pat Tillman, who passed away in 2004 during war in Afghanistan. He recalled mentions of Tillman among ROTC cadets, and how he became idolized.

“Because of Pat Tillman, there will be future Pat Tillmans,” Gallagher said.

Although he experienced war first-hand, Gallagher disagrees with having experience be a requirement in writing war literature.

“Experience is not authority,” Gallagher said. “It’s natural for readers to be interested in an author’s biography.” He also noted that the appeal of literature is bringing readers to a scene.

The speech was well-received among audience members, including veterans and faculty.

“Very well-spoken author who brings the importance of war history to the students or to the audience,” said Ashley Minerva ’19, a veteran pursuing a master’s in social work.

Christine Vairo, a staff assistant in the division of Student Affairs, agreed.

“Matt Gallagher balanced his graphic war stories with lighthearted commentary, which made it more relatable to the audience,” she said.

Earlier that day, Gallagher met with veteran students, faculty and staff and residents at the Long Island Veterans Home. An event organized by Veterans Affairs, the luncheon brought together veterans from different times and walks of life who engaged in conversation and shared their diverse experiences as members of the military.