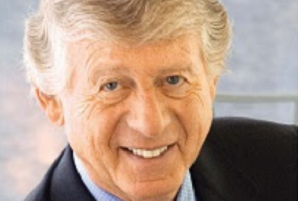 The School of Journalism will present a conversation with legendary TV journalist Ted Koppel, longtime anchor of ABC News’ Nightline, on Wednesday, November 15, at 7:30 pm at Staller Center. Doors open at 7 pm.

Mr. Koppel has personally covered some of the most consequential news stories of our time, from the assassination of President Kennedy to the fall of the Soviet Union. He will talk about the state and future of American news media, and of the country.

He is best known for his role as anchor and managing editor of ABC News’ Nightline, which defined excellence in television news reporting, interviewing and analysis touching every major news story over the past 35 years. Today, Koppel serves as a news analyst for NPR and a contributing columnist for The New York Times, The Washington Post and The Wall Street Journal, and is also a senior contributor to The CBS Sunday Morning Show.

The event is free and open to the public, but tickets are required.

Go to tedkoppelmla.eventbrite.com/ to reserve your ticket.