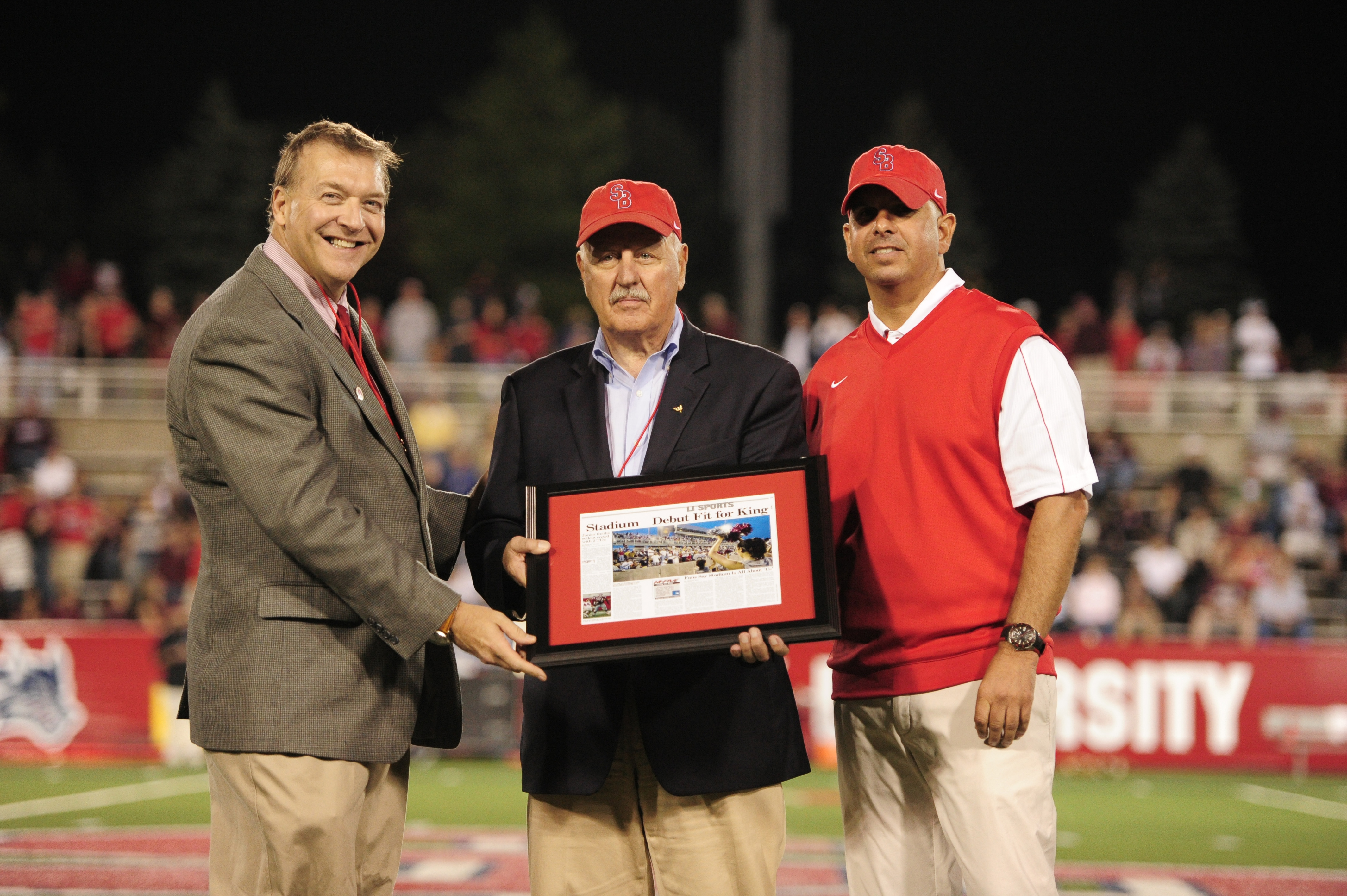 During Stony Brook University’s Homecoming game in 2002, LaValle Stadium was officially dedicated to the man who was instrumental in its creation, New York State Senator Kenneth P. LaValle. As the Stadium now celebrates its 10th anniversary in 2012, Stony Brook Athletics again had a special presentation to honor Senator LaValle.

During halftime of this year’s Homecoming game on September 22, 2012 — a day that Stony Brook had its largest-ever LaValle Stadium attendance, a standing room only crowd of 10,278 — Stony Brook University President Samuel L. Stanley Jr. and Director of Athletics Jim Fiore presented Senator LaValle with a framed news article from September 15, 2002, the day after the first-ever game at the stadium. The headline read “Stadium Debut Fit for King.”