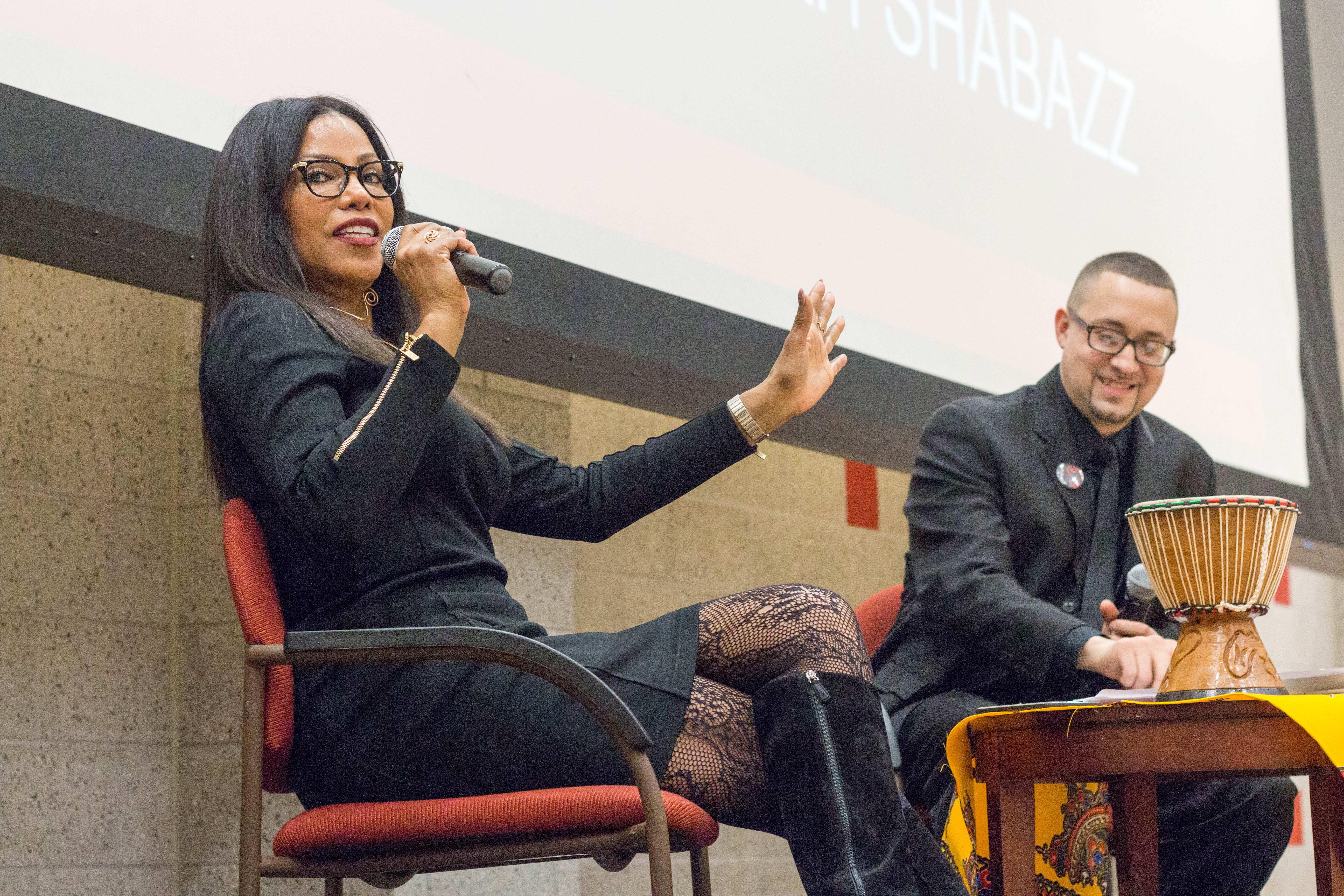 Stony Brook celebrated the end of Black History Month with a packed house, as the audience enjoyed student performances, food, and an interview with Ilyasah Shabazz, author, social activist and Malcolm X’s daughter.

Shabazz sat down for the interview with Dr. Zebulon Miletsky, a professor in Africana studies, to discuss a wide range of questions on her father and her own experiences. Throughout her talk, she encouraged a love of community, emphasized the need to seek and speak truth, the power of an individual to write history, and the importance of the connections we have with each other.

Shabazz stressed that in order to be effective activists, young people need to be more than just engaged on social media. An activist needs to organize like-minded people to physical action with a checklist of goals they want to accomplish so that every march, demonstration, or protest isn’t done in vain.

“Instead of thinking that others are going to do something for you, understand that you have the power to do for yourself and accomplish whatever it is that you want,” she said.

Shabazz was presented with the Empowerment Award on behalf of the Stony Brook Black History Month Committee, as well as a certificate of appreciation from the Brookhaven Town Board.

Along with Shabazz, Johnson Graham, retiring Stony Brook professor and Black History Month committee member of 15 years, was honored for his vast contributions to Stony Brook’s Black community throughout the years. Special acknowledgment was also given to the Department of Africana Studies, which is celebrating its 50th anniversary as a program at Stony Brook.

Winners of the Spoken Word contest were announced, including Kelly “Shiloh” Smith, Kaydon Davis, and Michelle Louijean. Smith was given the top prize, and gave an encore performance of her winning piece.

Other performers included the Cadence Step Team and the Diamonds Majorettes, performing in different styles of dance and step. Stepping comes from traditional South African origins, while the Majorettes have traditionally been known to be part of historically black college and university marching bands.

With the end of Black History Month, it’s important to recognize that Black history isn’t confined to a single month. Black history is American history, and a continuous education on the contributions of Black Americans and other members of the African Diaspora is necessary for a complete perspective on history.

If you missed the closing ceremony, mark your calendars for next February, and in the meantime, you can learn more about Black history at Stony Brook here.