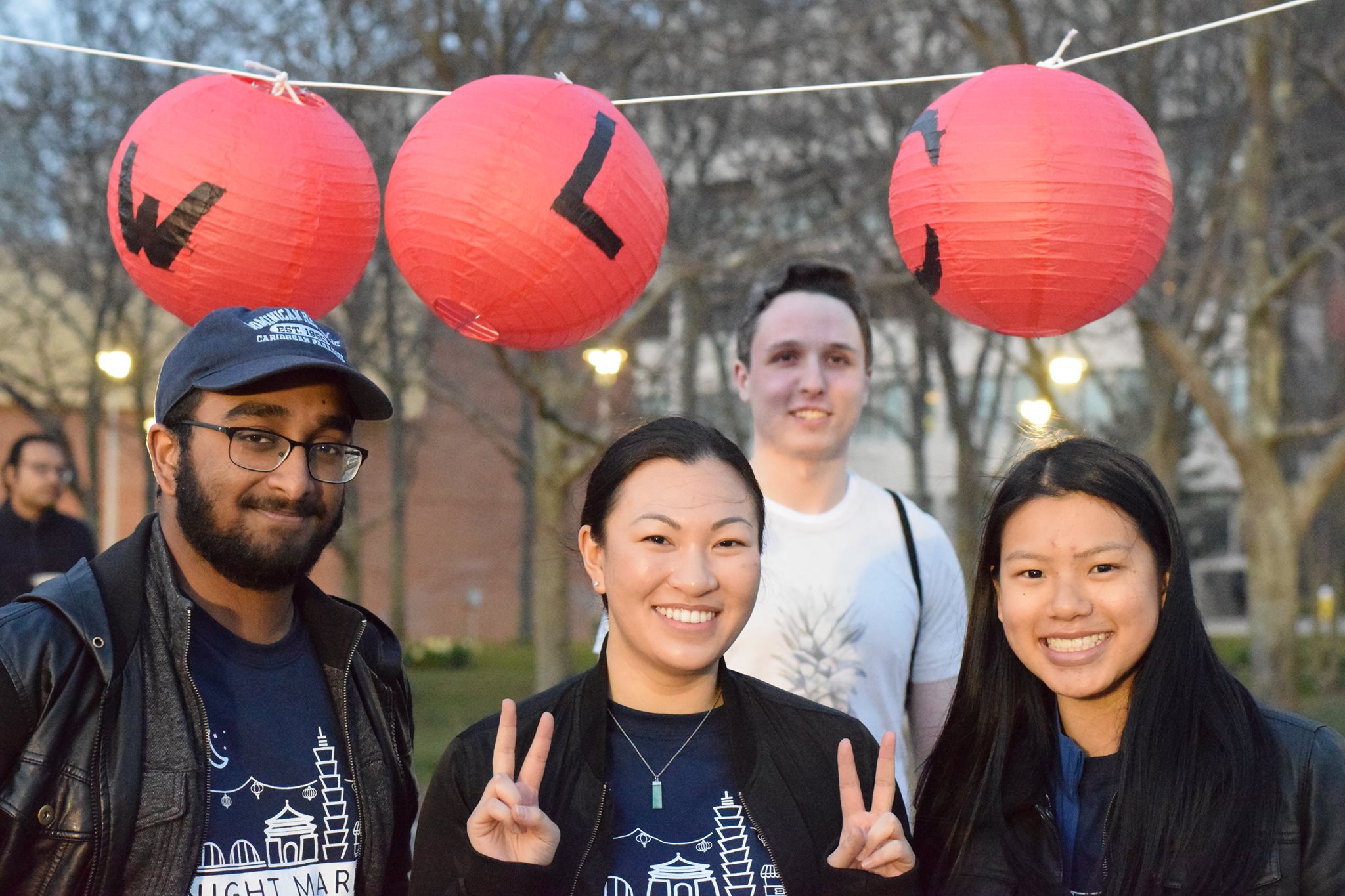 TSA collaborated with the Weekend Life Council to hold the annual event outside for the first time ever, making the experience more realistic when compared to actual night markets in Taiwan.

Night markets have a long cultural history with roots dating all the way back to the Tang dynasty in 836 AD. Although night markets are traditionally a Chinese phenomenon, Taiwan’s scene has grown to be considered one of the best in the world. Taiwan’s night markets initially began as informal vendor meetings, where merchants would get together and sell their wares. Now, night markets have become an integral part of nightlife in Taiwan, hawking clothing, consumer goods, xiaochi (similar to snacks or fast food), and specialty drinks.

“I actually didn’t know anything about night markets, this is my first one,” Marianna Cantella ‘18 said, laughing. “It’s really busy but the food is really good.”

Appetizers offered at the different food stands were scallion pancakes, radish cakes, and sushi. Chicken with broccoli and braised pork with rice were offered as entrees, and ice cream for dessert. AiYu jelly, a famous Taiwanese dessert drink commonly found at night markets, was also offered.

The event went from 7 pm to 10 pm, with a whirlwind of raffles, games, and student performances from the KBS Dance Team, the Stony Brook Breakers, Carole Liu, and more throughout the night.

The night market is an annual event, so if you missed it, look out for it again next spring. In the meantime, you can connect with Stony Brook’s TSA to find out more about and to celebrate Taiwanese culture.