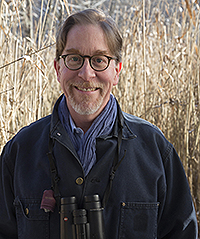 Richard Prum is the William Robertson Coe Professor of Ornithology at Yale University. He is an evolutionary biologist and ornithologist with broad interests in avian evolution, behavior, systematics, color production, color vision, the evolution of feathers, the theropod dinosaur origin of birds, and more. Prum has received the MacArthur, Guggenheim, and Fulbright Fellowships. His 2017 book, The Evolution of Beauty: How Darwin’s Forgotten Theory of Mate Choice Shapes the Animal World–and Us, was named a Top Ten Book of 2017 by The New York Times, and was a 2018 Pulitzer Prize Finalist in General Non-Fiction. Prum’s writing has been published in The New Yorker, The New York Times, The New York Times Book Review, Natural History, and Scientific American. A life-long birdwatcher, Prum has done field work on every continent.

In this seminar Prum will explore the authentically Darwinian alternative that animals’ mating preferences create an extraordinary range of ornament and display traits that seem disconnected from selection for individual survival. This aesthetic perspective on the evolutionary process places the subjective experience of animals at the center of scientific explanation, and may contribute to a more complete understanding of evolution and of ourselves.

This Provost’s Lecture, co-sponsored by the Department of Ecology and Evolution Living World Lecture/Science Open Nights, will be held on Friday, February 8,  at 7:30 pm in  the Earth and Space Sciences Building, Lecture Hall 001. It is free and open to the public. 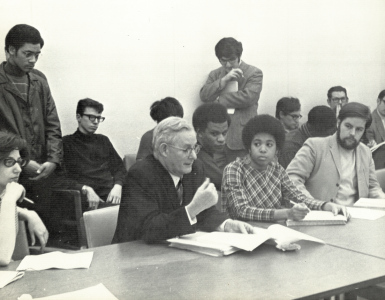