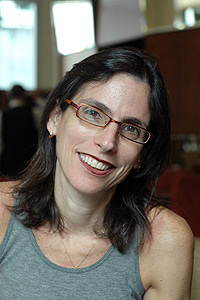 Race and Citizenship in Turn-of-the-Century Brazil

Lilia Moritz Schwarcz is a professor in anthropology at the University of São Paulo. Her main interests are history of the slaves, racial theories, history of the Brazilian Court, history of 19th century Brazil, academic art and history of anthropology in Brazil. She has published several books, such as Retrato em branco e negro (1987) [Portrait in White and Black];  A longa viagem da biblioteca dos reis (2002; co-author) [The Great Travel of the King’s Library]; O sol do Brasil (2008) [The Sun of Brazil] and among them two in English, Spectacle of Races: Scientists, Institutions and Racial Theories in Brazil at the End of the XIXth Century (Farrar Strauss and Giroux, 1999) and The Emperors Beard: D. Pedro II a Tropical King (Farrar Strauss and Giroux, 2004). In 2014, with James Green, she will publish the Brazil Reader (Duke University Press). She also edited a volume of História da vida privada no Brasil, a collection on the history of private life in Brazil (from the 16th to the 20th centuries) under the model of the French series Histoire de la Vie Privée (edited by Georges Duby and Philippe Ariès), and a collection of essays on Brazilian thinkers and intellectuals from the 19th and 20th centuries (Um enigma chamado Brasil), among others. She is chief-editor of História do Brasil Nação: 1808-2010 (Fundação Mapfre/Objetiva), a six-volume series on Brazilian history, of which she directed the third volume, on the early days of the Brazilian Republic. She won the Jabuti Prize – Brazil’s leading literary prize – on three occasions: for The Emperors Beard, O sol do Brasil and Um enigma chamado Brasil. Schwarcz was also curator of several exhibitions. She was a fellow at the Guggenheim Foundation (2006-2007) and at the John Carter Brown Library (2007), a visiting professor at Oxford and Leiden Universities, a Tinker Professor at Columbia University (2008) and since 2011 she is Global Professor at Princeton University. She holds a Commend of the Brazilian Order of Scientific Merit granted by the Presidency of the Republic (2010).

Abstract: The objective of this talk is to analyze some debates that took place at the end of the 19th century in Brazil, after the Republic was proclaimed in 1889. In spite of the new promises of citizenship and social inclusion, the by then fashionable racial theories caused an important portion of the population — which had won civil freedom in 1888 when slavery was finally abolished in Brazil – to suffer new forms of exclusion. The lecture will focus on the writer Lima Barreto as an example of a broader social process by which some black families who gained social respect during the Empire, suffered a new and unexpected social relegation. The discussion will seek to understand how in this country racist ideas coexisted with liberal ones in a tense though parallel way.

This Provost’s Lecture, co-sponsored by the Department of Hispanic Languages and Literature, Latin American and Caribbean Studies Center, Department of History and Department of Sociology, will be held on Wednesday, February 26, at 2:30 pm in the Charles B. Wang Center Theater.