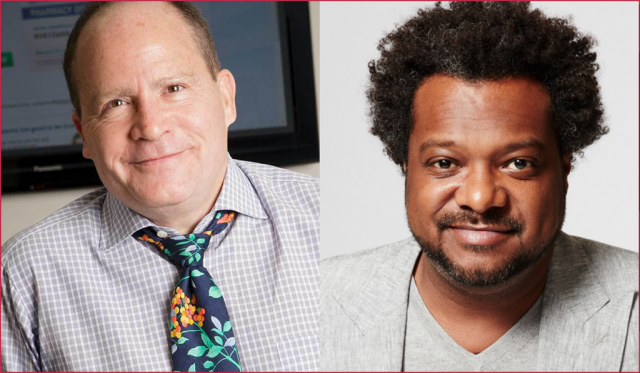 Stony Brook University’s School of Journalism and College of Business will host a special event featuring entrepreneurs Michael Loeb and Bonin Bough on Wednesday, February 13, at 2:30 pm in the Wang Center Theater.

Michael Loeb is the founder and CEO of Loeb Enterprises — Loeb.nyc — a self-funded ideas-to-execution ‘start-up factory’ now building over a dozen companies in New York and other regions around the country. Previously, Michael was the co-founder of Synapse group, sold to Time Warner Inc. in 2006 for $800 million.

Bonin Bough is the host of Cleveland Hustles on CNBC and the author of Txt Me (646) 759-1837. Bonin was the Chief Media & eCommerce Officer at Mondelēz International, formerly Kraft Foods, where he created some of the first marketing programs across Facebook, Twitter, YouTube, Paramount Films, ABC, NBC & Fox.

The event is open to Stony Brook University students, faculty and staff.