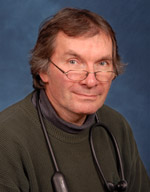 Seventy years after the liberation of Auschwitz, the horrors of the Shoah remain as haunting to mankind as ever, as indicated by countless books, documentaries and monographs dedicated to the Nazi doctors. Yet what do we know about the German physicians who risked their lives in order to save the Jews? Physicians are among the most respected and trusted members of society, and indeed often the epitome of altruism for the betterment of mankind. Hence one would expect them to have been both resisters and rescuers during the Holocaust. Yet, German doctors were the most Nazified profession in the Third Reich, with every second male physician becoming a party member between 1933 and 1945. In fact, many physicians were perpetrators, who not only provided “scientific” legitimization and manpower to domestic campaigns of sterilization and euthanasia, but who themselves participated in pseudo-scientific experiments on concentration camp prisoners. Ultimately these crimes led to the Nuremberg’s “Doctors’ Trial” of 1947, with six physicians receiving prison sentences ranging from 10 years to life, and seven being instead condemned to death. This presentation will review the problem of collective evil and its “banality,” why physicians often become perpetrators, and why some became rescuers.

Dr. Mangione has long interest in physical diagnosis, medical history and community service. His innovative programs and engaging teaching style have been recognized by multiple awards for clinical teaching, and his work has been featured in the New York Times, Los Angeles Times, Wall Street Journal, the BBC, CNN, NPR and Forbes. Dr. Mangione has been an invited speaker at many national and international meetings, especially in regard to the role of visual arts as a way to teach bedside observation. He is the author of the book Secrets in Physical Diagnosis.

For more information about the lecture, please contact Michael Ortega at michael.ortega@stonybrook.edu or (631) 444-8029.