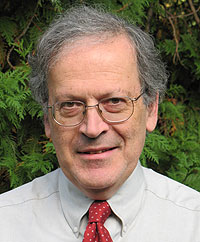 The inaugural University Distinguished Lecture Series in Science and Engineering was cancelled last semester due to Superstorm Sandy. The guest speaker, Nobel Prize winner Robert Grubbs, will now present his lecture, “Catalysis: Green Chemicals and Materials,” on Friday, February 15, at 4 pm in the Charles B. Wang Center Theatre.

On Friday, February 1, Leslie Valiant, the T. Jefferson Coolidge Professor of Computer Science and Applied Mathematics in the School of Engineering and Applied Sciences at Harvard University, will give his presentation, “Biological Evolution as a Form of Learning,” at the Simons Center auditorium at 2:30 pm. His talk will examine how living organisms function according to protein circuits. Darwin’s theory of evolution suggests that these circuits have evolved through variation guided by natural selection. However, the question of which circuits can evolve in realistic population sizes, and within realistic numbers of generations, has remained essentially unaddressed.

Valiant received the Nevanlinna Prize at the International Congress of Mathematicians in 1986, the Knuth Award in 1997, the European Association for Theoretical Computer Science EATCS Award in 2008 and the 2010 A.M. Turing Award. He is a fellow of the Royal Society (London) and a member of the National Academy of Sciences.