Dedication of “Umbilic Torus” on October 25 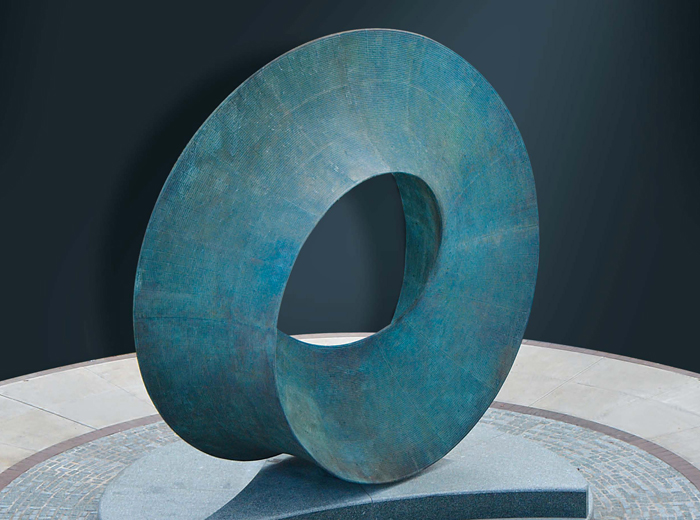 The campus community is invited to the dedication of sculptor and mathematician Helaman Ferguson’s “Umbilic Torus” on Thursday, October 25, at 6 pm in the Math/Physics Plaza. Stony Brook University President Samuel L. Stanley Jr. will welcome Helaman Ferguson and his wife, Claire, along with Jim and Marilyn Simons.

Commissioned by Jim and Marilyn Simons through the Simons Foundation, “Umbilic Torus” is a celebration of the fusion of mathematics and art — a 24-foot high, nearly 10-ton bronze magnum opus that took Ferguson nearly two years to complete and involved a crew of more than a dozen artists, engineers, programmers and welders.

The concept for the piece was suggested to the Simons by Mathematics Professor Tony Phillips (while he was chairing the Department of Art on an interim basis) to serve as an elegant gateway to the nearby Simons Center for Geometry and Physics.

A reception will be held after the dedication ceremony, followed by a lecture on the mathematics behind the art, which will be presented by the husband and wife team of Helaman and Claire Ferguson in the Simons Center for Geometry and Physics.