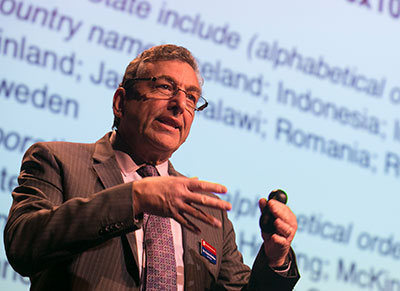 As one of 10 IMPACT University champions for the United Nation’s HeForShe Solidarity Movement, Stony Brook University and its President have committed to taking bold, life-changing action to achieve gender equality on its campus and beyond.

On March 3 and 4, 2016, Stony Brook University hosted the first SUNY-wide HeForShe Gender Equality Conference, with more than 130 attendees and 26 State University of New York campuses represented. The conference featured several keynote presentations, panel discussions and small group workshops aimed at finding ways to move the gender equality movement forward in all aspects of university life across the SUNY system. At this conference, Stony Brook faculty and staff shared many of the programs they have started this year to start working on that goal.

“The gender equality issues we face on a daily basis could not be more important or timely,” said Samuel L. Stanley Jr., MD, President, Stony Brook University. “It is our hope that you take the ideas discussed here and bring them back to your campuses to stimulate further discussion,” he continued. “The work you do today is extraordinarily important, not just for Stony Brook and SUNY, but for all of America and the world.”

“Hosting this conference is a watershed moment for us; a landmark opportunity to bring all of you together to focus on the issues,” said Robbins in his opening remarks. “We see this as a beginning. We hope this starts a dialogue that continues and that works its way into the fabric of the SUNY system.”

Thursday’s session began with Dean Robbins sharing a recap of what Stony Brook has accomplished thus far on campus since joining the HeForShe movement. He described an inclusive movement for people of all genders working for equality of all people. His review was followed by a look at the history of HeForShe by Elizabeth Nyamayaro, Head of UN Women’s HeForShe Campaign. She detailed the UN’s inspiration to start the movement, where it is now and where it is going.

“HeForShe ideals are for equality and justice. HeForShe is about bringing all of us together to create a shared vision for humanity. The movement is built on a simple idea that what we share is much more powerful than what divides us. We all want the same things, even when they remain unspoken,” she said.

Nyamayaro outlined in three broad steps what the UN has learned about how to recreate a movement that has the potential to change the world:

Engaging Men in the Solution

During Friday’s keynote sessions, Michael Kimmel, Executive Director of the Center for the Study of Men and Masculinities, discussed ways in which to best engage men to participate in the struggle for gender equality. He also detailed the importance of researchers and activists working together and how the center can help provide activists with the data they need to make a difference.

Kimmel outlined why men often don’t engage in the conversation. “First, we don’t think it is about us. Second, we are afraid it is a zero sum game (if women win, men will lose),” he said. “We have to bring the evidence to show men this is not true and to open the door so they feel they are stakeholders and that it is also about them.”

One key way to engage men is to make the connection personal by reminding them of the relationships they already have with woman — as a son, brother, father, husband, friend. “We often miss the opportunity when we talk solely about men and women in an adversary model” Kimmel adds. “We are not just men. Every man in this room knows what it feels like to love women and we need to engage men around those connections.”

The conference concluded with a recap of the ideas discussed during the afternoon panels on what colleges could bring back to their campuses to foster gender equality and engage men. All groups agreed that student involvement would be key. 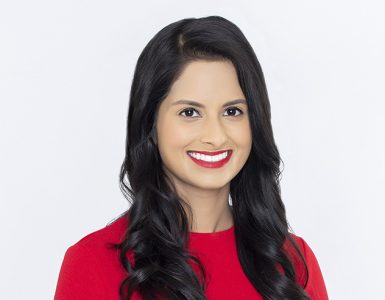 Atmospheric scientist Daniel Knopf, a professor in the Department of Chemistry at Stony Brook University, and his research group pursue a wide range of aerosol-related interests, including imaging analysis, particle...