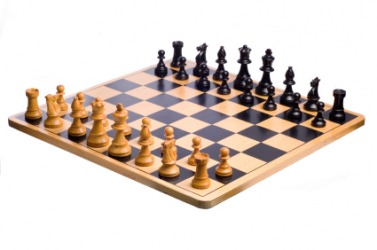 This July, the Stony Brook Center for Game Theory will celebrate the 25th anniversary of its International Conferences on Game Theory. Since 1990, the Center has organized yearly Summer Festivals on Game Theory, which bring together prominent game theorists and many leading economists from around the world. It continues this year with the iconic Conference on Game Theory from July 7 to 11, followed by two workshops, starting on July 13 and July 16, respectively.

The focus of the summer activities has been not only on game theory, but also on its applications, particularly in economics. Topics to be covered in this year’s sessions include auctions, bargaining, Bayesian games, contract theory, cooperation and markets, cost sharing, decision theory, fairness, finance, industrial organization, game primitives, knowledge and expectations, networks, repeated and dynamic games, evolution and learning, mechanism design, social and political models, solution concepts and voting.

New this year, as part of the Workshop on Strategic Aspects of Terrorism, Security, and Espionage, will be a “War Game” session designed by Boaz Ganor, the founder and Executive Director of the International Institute for Counter-Terrorism (ICT), and the head of the Homeland Security Studies Programs at the Interdisciplinary Center (IDC), in Herzliya, Israel. During the “War Game” session participants will play different roles in given circumstances. The simulation of this game will be played simultaneously in Stony Brook and Tel-Aviv.

For more details on the conference and workshops, please visit the Center’s new website at www.gtcenter.org. Presentations will be held in the Charles B. Wang Center.

About the Center
The Stony Brook Center for Game Theory, known until recently as the Center for Game Theory in Economics, grew out of the former Institute for Decision Sciences (IDS), established at Stony Brook University in 1989. The Center has organized 83 international conferences and workshops, and has hosted more than 2500 scientists since its establishment. According to Nobel Laureate Kenneth Arrow, who reviewed the IDS some years ago, the resident and affiliated members of the Center constitute “a Game Theory group that is unequaled in the United States, if not in the world.” The impact of Game Theory on economics and other disciplines in the social and natural sciences is pervasive. Its concepts and techniques have become commonplace in the study of industrial organization, international trade, bargaining and the economics of information, to name just a few economic applications. Uses of Game Theory in non-economic areas include studies of legislative institutions, of voting behavior, of communication and persuasion, of fashion, of revolutions and popular uprisings, of international conflicts, and of evolutionary biology. Its impact was reflected in the 1994, 2005, 2007 and 2012 Nobel Prizes in Economics, which were awarded to nine game theorists.