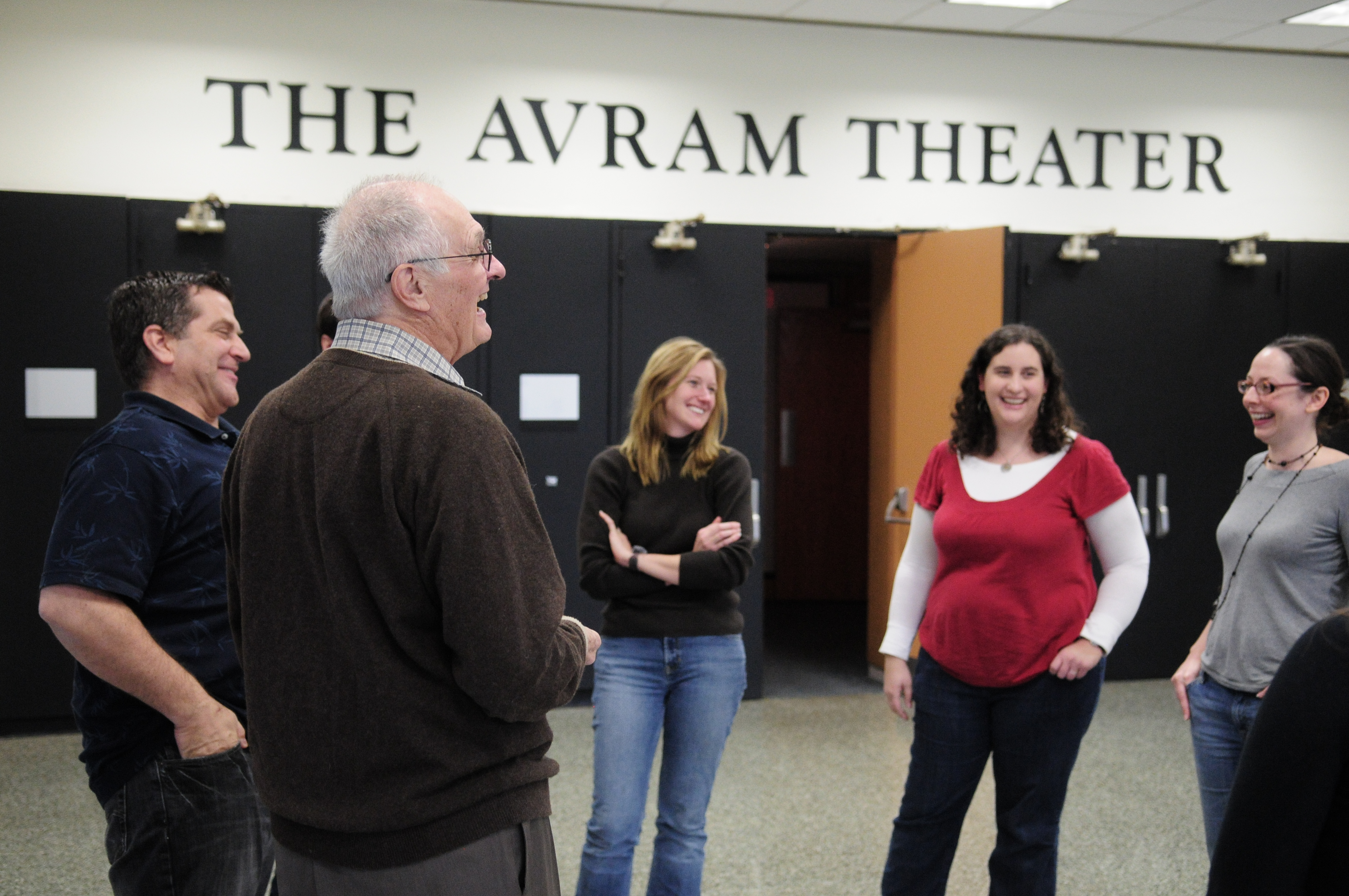 In a recent interview with Gayle King and Charlie Rose on CBS This Morning, acting legend Alan Alda talked about his other career, specifically, his involvement in Stony Brook’s Center for Communicating Science (CCS).

“I’m with this wonderful program that Stony Brook University started where we teach scientists to communicate more effectively, with more clarity, called The Center for Communicating Science. It’s thrilling for me,” said Alda.

A long-time host of PBS’ “Scientific American Frontiers” and a passionate advocate for popular science, Alda has been leading the Center’s innovative effort to help scientists connect better with the public. Through the CCS at Stony Brook, he has been teaching science graduate students to play improvisational theater games to get them to talk about their work more spontaneously and directly, and to connect personally with their audience. Students say the workshops helped them in teaching, defending a thesis, and simply explaining their research to people outside their fields.

Housed within Stony Brook’s School of Journalism, the CSS was established in 2009 in collaboration with Brookhaven National Laboratory and Cold Spring Harbor Laboratory, with the purpose of training the next generation of scientists to communicate more effectively with the public, public officials and the media. The CCS will be expanding the initiative with the help of Theatre Arts faculty members trained by Alda, who is on the CSS national advisory board.

The CSS is the first of its kind in the United States and was developed with funding from the U.S. Department of Education by the Stony Brook University School of Journalism.

(To go directly to Stony Brook segment, begin viewing at 3:45)