“Get Radical About Critical Social Work” was the theme of the 11th annual Advocacy Day, hosted by Stony Brook University’s School of Social Welfare and its Graduate Student Government on March 1 in the Student Activities Center. Nearly 230 students, faculty and representatives from 11 activist groups — covering topics as diverse as the environment, racism, social justice, transgender support, and animal rights, among others — attended the event.

Advocacy Day provides both undergraduate and graduate students an opportunity to connect with one another to learn about policy issues and the people and organizations that are working for social change. At the time they registered for the event, the students chose four organizations they wanted to know more about. The room was set up exhibition style, with students moving from the table of one organization to the next conducting interviews with representatives. This was followed by a working lunch with a group of their choosing.

“The students are exposed to small activist groups with people who are ‘fighting the good fight’ and who are passionate and inspiring about wanting to see fundamental social change,” said Pamela Linden, an assistant professor in the School of Social Welfare who was one of the faculty advisors for the event. “Whether it’s racism or immigration or animal rights, all the groups are working together for social change and social justice, which is really the driving theme of the day.”

Michael Reisch, a leading social work scholar and educator in the United States and a former assistant dean for student affairs in the School of Social Welfare, delivered the keynote speech on the topics of social justice, its implications on social work, and new goals for social workers.

“We need to put forward an alternative vision … it’s not simply enough to state what injustices we want to eliminate, but we also have to state what we mean by justice, not just in the abstract … and we need to continue to engage the notion of ongoing reflection on our practice so that we and the people with whom we work can heighten our critical consciousness,” he said.

Along those same lines, Advocacy Day is an important event for students because interacting with organizations working for social change is a first step toward achieving that goal.

“We hope that students will get a sense of the range of possibilities available from working for social and economic justice, and that today’s event will help them to see the importance of advocacy, in particular as a means of being able to move in the direction of the change they’re working toward,” said Carolyn Peabody, a clinical associate professor in the School of Social Welfare and a faculty advisor for the event.

“Advocacy Day is important to the Stony Brook University community because of the existence of advocacy within it,” said Michael Cavalli, president of the Graduate Student Government and a second-year MSW candidate in the School of Social Welfare.

He explained that there are different avenues of support for students — such as academic offices and departments, advisors, counselors, faculty, administrators, coaches, clubs and organizations, and even other students — and these various areas serve as advocates.

“These advocates shape our development and influence our engagement within the campus community, and allow students and graduates to emerge as leaders in their own communities,” he said. “The role of ‘advocate’ lies at the core of the social work profession.”

One of the groups attending Advocacy Day was Occupy Sandy, an organized relief effort created to assist the victims of Hurricane Sandy in the Northeast. The group, made up of former and current Occupy Wall Street protesters, other members of the Occupy movement and non-Occupy volunteers, gave a presentation. 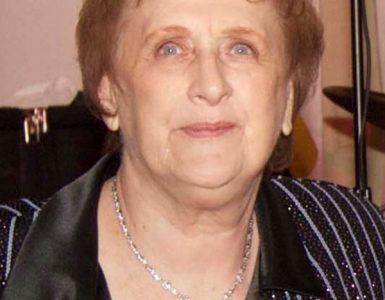 She passed away on May 26, 2022, at the age of 92, but her impact on Long Islanders facing cancer will reverberate for many decades.